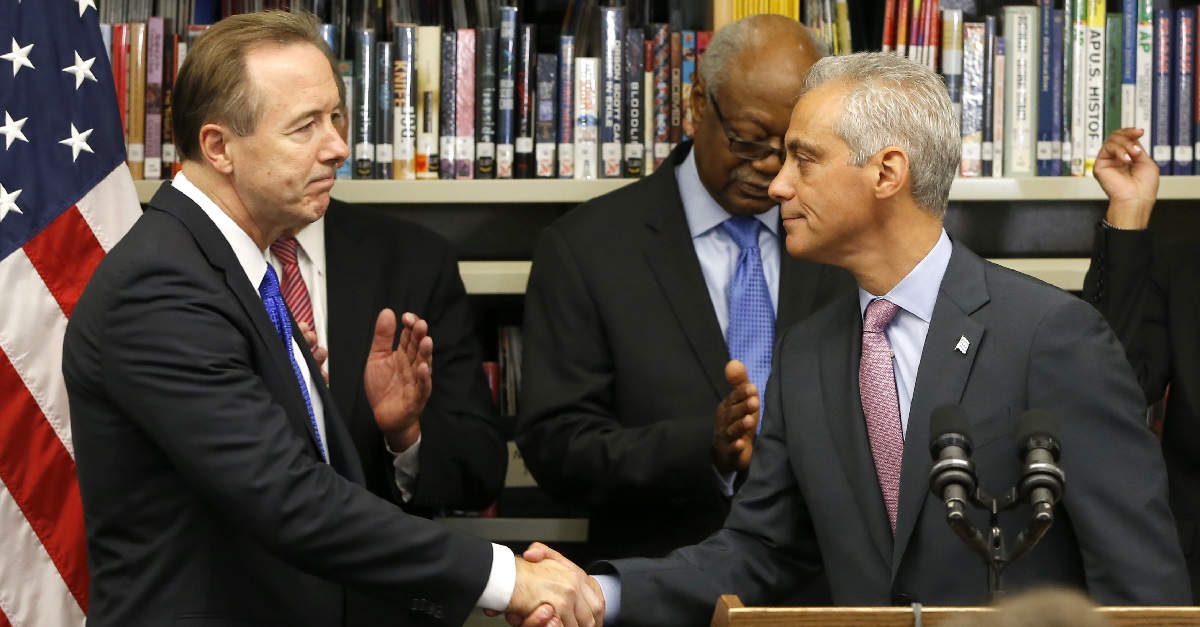 The latest Chicago political shakeup happened late last week when Forrest Claypool, CEO of the Chicago Public School system, announced on Friday that he will be resigning from his position. He will step down on December 31st and be replaced Janice Jackson.

The resignation happened after an internal investigation led by Inspector General Nicholas Schuler called for the firing of Claypool for the “full-blown cover up” of an ethical violation by Ronald Marmer, the school system’s top lawyer.

Schuler said that Claypool repeatedly lied during the investigation of Marmer. As part of a 103 page report, Schuler wrote “Claypool greatly compounded the severity of his misconduct when he repeatedly lied to the [inspector general?s office] through two separate interviews.”

The investigation was with regard to a conflict of interest due to the fact that Marmer was working with a previous employer while working for CPS. Multiple lawyers and attorneys said Marmer overseeing the work would violate ethics codes

Despite these allegations, Claypool received nothing but words of praise from Mayor Emanuel.

?Wherever he has worked, he?s left an incredible, indelible mark on every endeavor,? the mayor said. ?He has been selfless, and more than just selfless, he has been courageous to take on institutional inertia and make the entity ? whether it was the park district, the CTA or CPS ? better.?

Claypool’s predecessor Barbara Byrd-Bennett also left her position due to a scandal. She is currently serving a four and a half year sentence for bribery and corruption charges.

His successor, Jackson, is a CPS alum with a doctorate in education and has taught in the system, as well as currently being a parent of a student that attends a CPS school. Her current role is Chief Education Officer and she has a history of working together with the Chicago Teachers Union.

?We finally got someone for the first time in 20 years who can claim to be a Chicago educator, legitimately claim it, know how the inside of a school really works,? said CTU Vice President Jesse Sharkey. ?We hope that she listens.?

RELATED: Chicago receives $15 million grant from US Department of Education?but is it enough?

This news comes after the bombshell Luis Gutierrez dropped a few weeks ago that he will not be running for another term in the US House of Representatives. Gutierrez is not stepping down amidst any scandal although news of this story broke the same day he filed for a spot on the primary ballot in March.

Gutierrez has been outspoken in his support for immigration rights and support for Puerto Rico. He was also part of a group of politicians to draft articles of impeachment against the president.