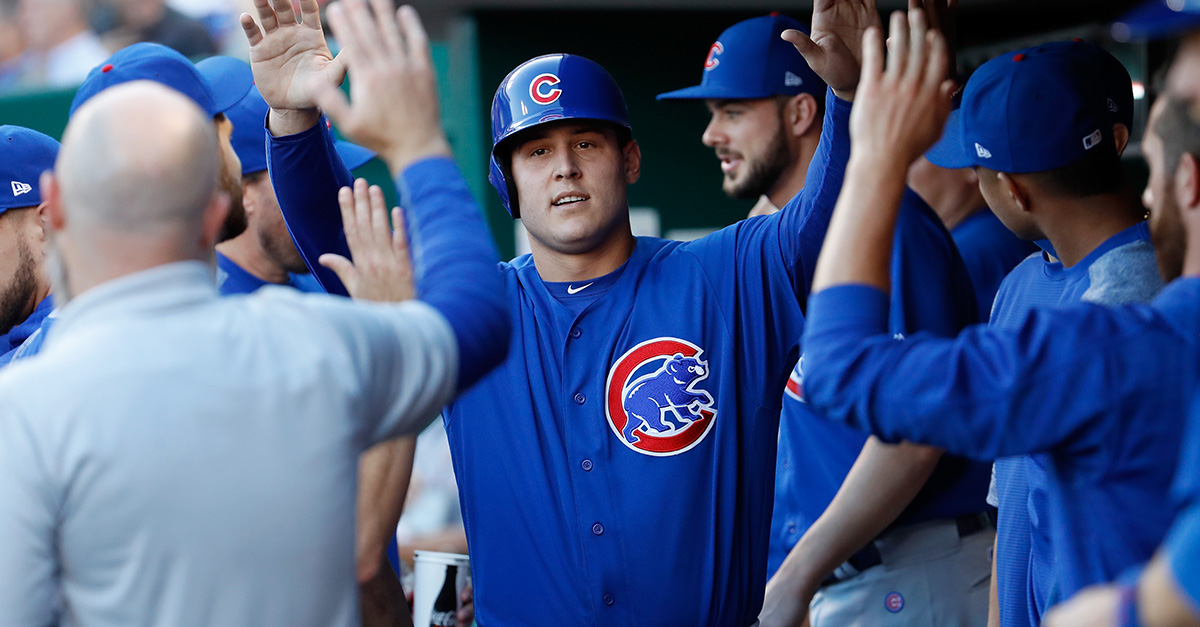 If you’re watching a baseball game today and notice something a little different, it’s because today is Roberto Clemente Day.

Every year, each Major League Baseball team nominates a player to be considered for the Roberto Clemente Award. This year, the Cubs have selected first baseman Anthony Rizzo for the award.

Rizzo has raised $3.5 million to help fund programs that aid cancer patients and their families.

The Roberto Clemente Award is given to the player who “best represents the game of baseball through extraordinary character, community involvement, philanthropy, and positive contributions on and off the field.”

Teams that play at home today will honor their nominees and the Roberto Clemente Day logo will be featured on the bases. A special tribute video to Clemente will be played as well.

On the South Side, the White Sox have nominated Jose Abreu, who is has helped with programs to support area children over his last four years in Chicago.

The winner of the award will be chosen by a panel as well as online fan voting between October 2-6.

The award was established in 1971 originally as the Commissioner’s Award but was renamed in 1973 to honor Roberto Clemente after he tragically died in a plane crash on his way to Nicaragua to help deliver supplies to victims in an earthquake.