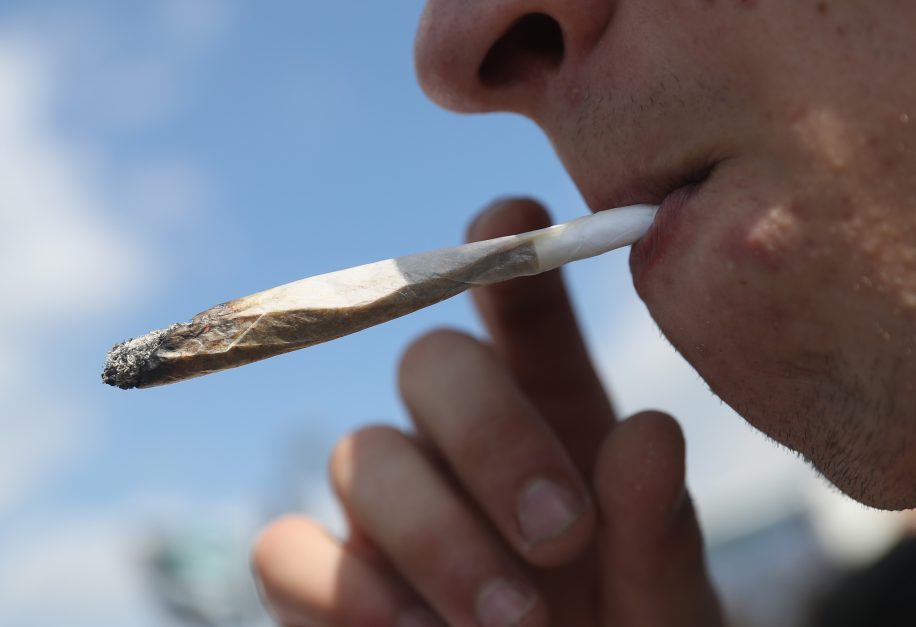 Dr. Rahul Khare is a Lincoln Park doctor who has launched a pain management clinic to help patients reduce or completely do away with their use of opioids.

According to the Illinois Patch, Dr. Khare says he has worked with thousands to replace their dependency on opioids with marijuana. In addition, his clinic also uses other health and wellness treatments for chronic pain such as counseling, meditation, and yoga.

In 2016 – there were 1,946 opioid overdose deaths in Illinois, according to the Illinois Department of Public Health.

Between 2013 and 2016, a state report shows that prescription opioid overdose deaths quadrupled.

Khare says that for decades, patients who suffered from chronic pain had no alternatives to opioids and their prescription dosages were often pumped up to dangerous levels.

His patients then began asking about using marijuana as an alternative.

“I’ll be honest?I didn’t know much about it,” Khare said. “But I saw how my patients were decreasing the amount of narcotics they were on?decreasing their benzos like Zanox and Ativan?and I thought, ‘there’s something here.’ So I started certifying my patients.”

But Khare pointed out the big elephant in the room: a lot of criticism for the medical community.

Khare says that many of his colleagues did not feel comfortable recommending marijuana as an alternative to opioids.

“There’s still such a stigma with marijuana,” Khare said. “But why wouldn’t you want to legally help somebody with cancer or permanent pain?”

But Khare said he gets where the stigma comes from.

“We’ve been taught since about three years ago?for our whole lives?that marijuana is illegal, you shouldn’t do it, it’s addicting, and it leads to possible heroin use,” Khare stated. “When you hear that, you’re like ‘I’m never going to give my patients that.'”

But Khare claims that with every marijuana certification, he witnessed patients’ lives drastically improve as they were slowly taken off opioids. Innovative Express Care at 2400 N. Ashland Ave., Khare’s clinic, has certified over 3,000 patients.

“The way marijuana works is so different than opiates?it doesn’t take away the pain, it makes patients not care about the pain. And I ask patients ‘is that a good thing? That doesn’t sound right to me’ and they say ‘no it’s great.'”

He said his patients explain that opiates would lead them to depression, causing them to be too drowsy and miss out on life.

“I have patients who say, ‘now if I have a date with my granddaughter, and I’m in so much pain, I can take four puffs [of marijuana], then go out to dinner with her…whereas I’d normally just take two Norcos and then sit on the couch and fall asleep.’ So now they’re actually getting out and doing things.”

Khare has worked as an emergency physician for over a decade at Northwestern Memorial Hospital and was also an associate professor at Northwestern University. He then founded the Innovative Express Care clinic after researching ways to keep patients out of emergency rooms?saying his patients don’t have to make an appointment to receive high quality, efficient healthcare.

Khare shared that marijuana legalization would hurt his business but said he is for it. Until then, he is working towards it expanding its use, medically.