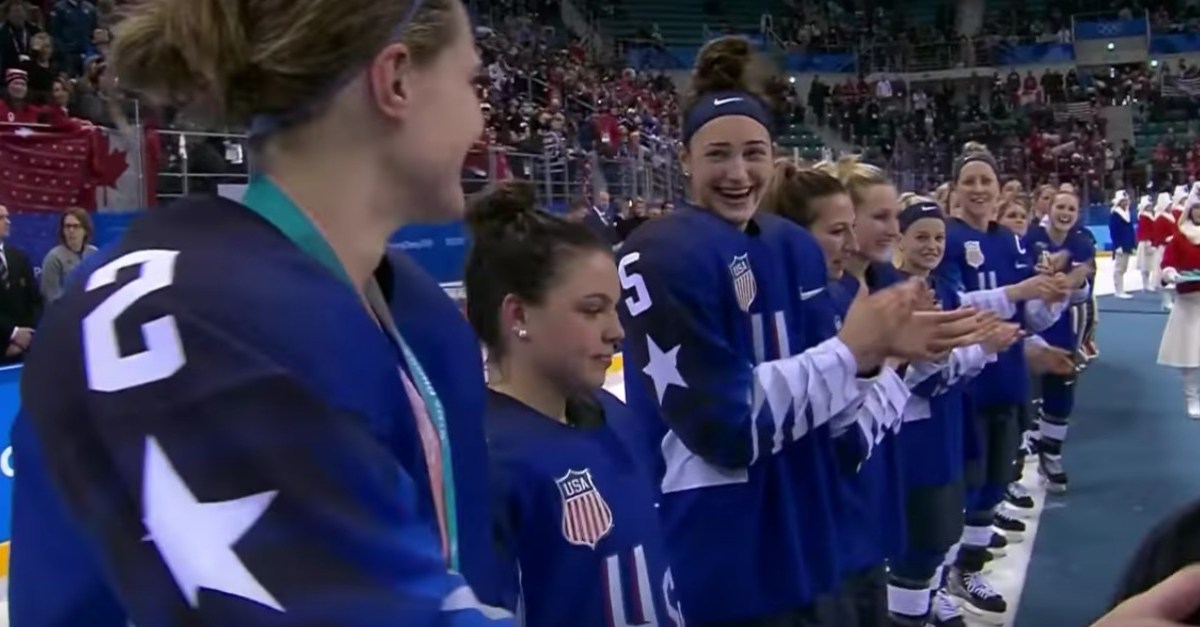 According to an NBC5 report, after the team’s gold medal victory against Canada in Pyeongchang, Kane had a message for the women and some of its star players.

RELATED: Ivanka Trump captures hearts and practices diplomacy at the Winter Olympics in a red snowsuit

“How can you not be ecstatic for @HilaryKnight @AmandaKessel8 @EmilyPfalzer and the rest of the USA women’s hockey team,” Kane wrote. “Congrats on the gold medal.”

He went on to say,

“You make us all proud to be an American,” Kane wrote.

How can you not be ecstatic for @HilaryKnight @AmandaKessel8 @EmilyPfalzer and the rest of the USA women's hockey team. Congrats on the gold medal. You make us all proud to be an American

Phil Kessel – the Pittsburgh Penguin star – gave the U.S. women a huge thumbs up as well as his sister Amanda scored the second goal in the shootout.

So proud of @AmandaKessel8 and the whole USA Women’s National team. #letsgousa #goldmedal

RELATED: A German figure skater chose a Holocaust-related song for her Olympics run, and people aren?t having it

Even a few American NHL players ? who would have been at the Olympics if the league had allowed them to go ? also offered their congratulations, including T.J. Oshie.

Congrats to @GigiMarvin @moniquelam7 and the rest of the @TeamUSA Women’s Hockey Team!!!! 🇺🇸 🇺🇸 🇺🇸 Oh and @JocelyneUSA17 🙇

To watch Team USA win gold in Women’s Hockey, scroll onto the video below – courtesy of NBC Sports.