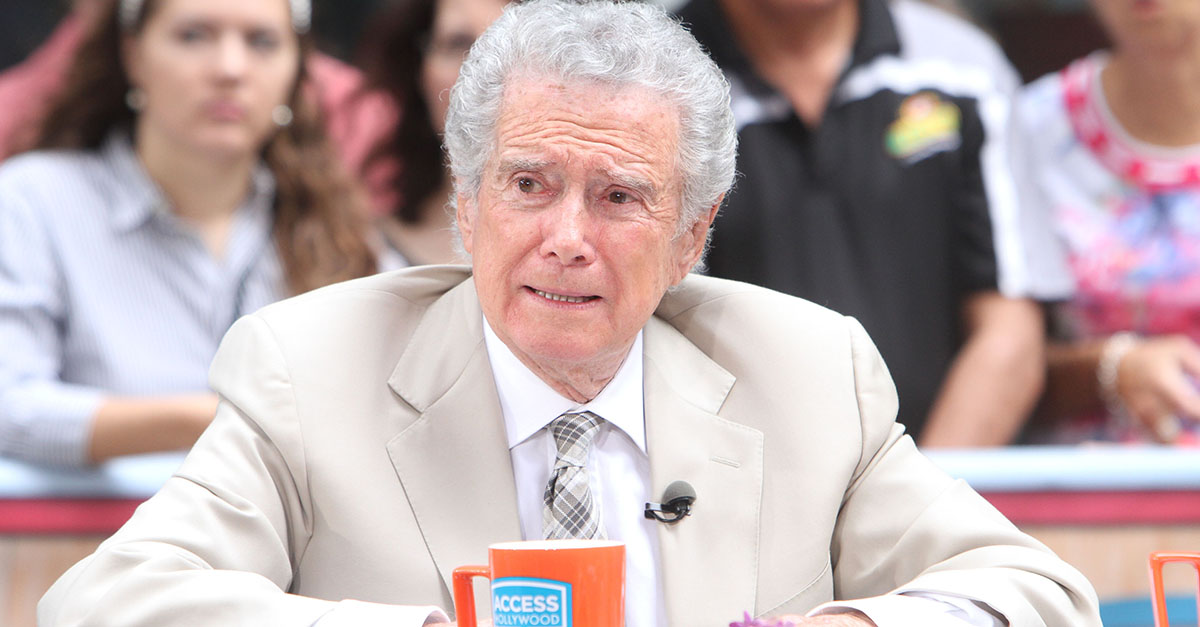 If you’ve turned on a TV some time in the past five decades, there’s a good chance you’ve seen Regis Philbin. In fact, as of September 2011, he holds the Guinness World Record for most hours on U.S. television, at 16,746.50. That works out to about an hour a day over the course of 50 years.

And that’s just one fascinating fact in the life and career of this charismatic host.

Philbin was born Aug. 25, 1931, in The Bronx, N.Y. He was named after his father’s alma mater, the Manhattan Jesuit boys school Regis High School.

After receiving a sociology degree from the University of Notre Dame in 1953, Philbin served as a supply officer in the U.S. Navy. Later, he moved to Hollywood and took several low-level jobs while trying to start a broadcasting career.

Philbin worked his way up to hosting his own talk show, “The Regis Philbin Show,” on KGTV in San Diego. The program’s tight budget forced Philbin to write his own material and develop his trademark off-the-cuff conversations about topical events, known as “host chat.” His show earned national syndication, but failed to attract a substantial audience.

In 1967, Philbin became a sidekick on “The Joey Bishop Show,” where he was reportedly unhappy about the host’s tendency to make jokes at his expense. He quit live on-air, but was persuaded to return.

When his fellow “A.M. Los Angeles” host Cyndy Garvey moved to New York City in 1982, Philbin joined her. Together, they presented “The Morning Show” on WABC, but ratings were low and Garvey moved on. She was later replaced with a young woman named Kathie Lee Johnson, who immediately clicked with Philbin. The rest is television history.

In 1988, Philbin and Johnson’s (by then known as Kathie Lee Gifford) show became nationally syndicated as “Live! with Regis and Kathie Lee.” It was enormously successful, in part due to the co-hosts’ undeniable chemistry.

Gifford left the show in 2000, and it was temporarily renamed “Live! with Regis.” In 2001, Kelly Ripa was chosen to replace Gifford. That same year, Philbin received the Daytime Emmy Award for Outstanding Talk Show Host.

“Live!” has undergone a number of incarnations over the years:

Philbin left “Live!” in 2011. It wasn’t his sole television gig over that nearly 30-year block of time. He began hosting the wildly popular game show “Who Wants to Be a Millionaire” in 1999, a role for which he won the 2001 Daytime Emmy Award for Outstanding Game Show Host. People across the country loved imitating Philbin saying his “Millionaire” catchphrase: “Is that your final answer?”

He also hosted the first season of “America’s Got Talent” in 2006.

And he’s not a one-trick pony. In the 1980s, he opened a car dealership, Philbin Ford, in Gilbert, Ariz., to make some extra money. It was in operation for about four years.