Michael Jordan reveals just how many cigars he enjoys a day 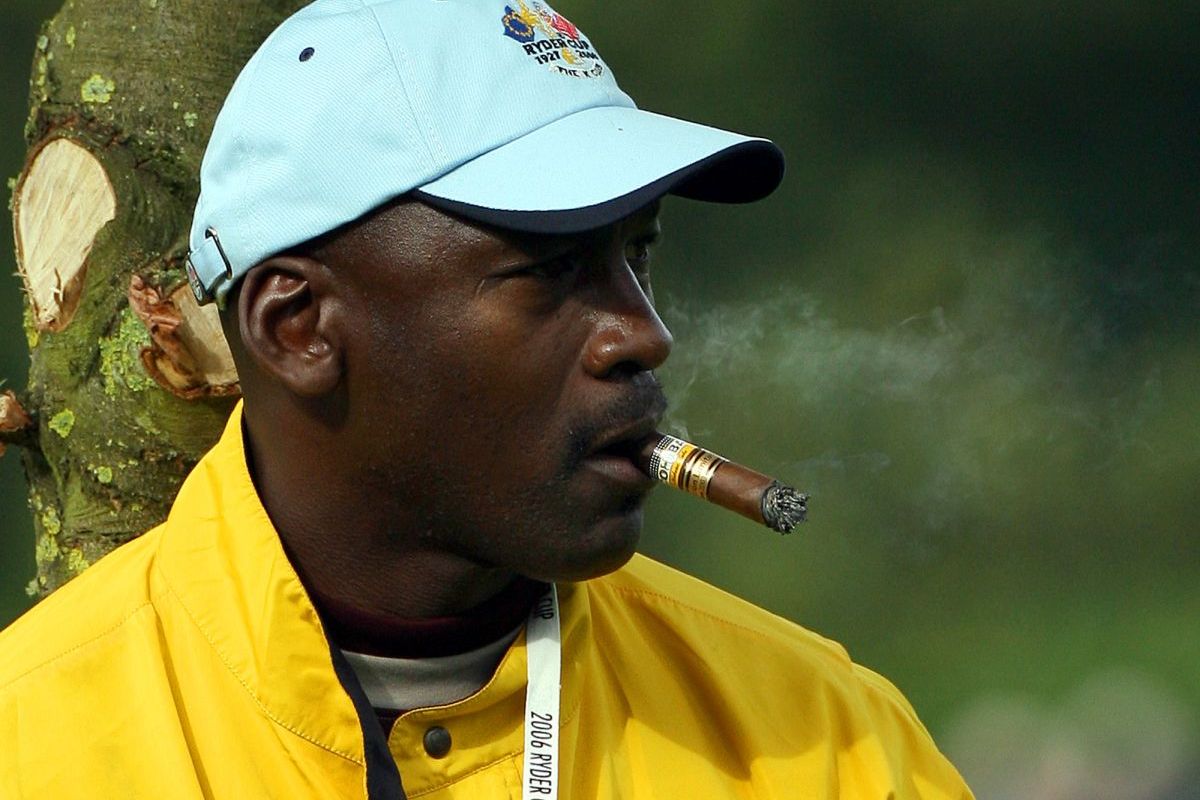 Michael Jordan will go down in history as one of the world’s greatest athletes. Kids growing up in the 90’s idolized him as a God. Nowadays he is well known for his athletic achievements, saving the Looney Tunes, his shoes, and smoking cigars?

Yep, that’s right. In fact Michael Jordan’s love for cigars is common knowledge at this point. If he’s at an event where smoking is permitted, you can almost guarantee that he’s got a cigar in one hand. This isn’t news.

No one who smokes likes to say how much a day they actually smoke, and MJ has been keeping things under wraps since 1991. However, in a recent interview with the magazine appropriately titled Cigar Aficionado, Jordan finally revealed that number.

According to Jordan, it all started when the Chicago Bulls won their first NBA Championship. The Bulls’ owner, Jerry Reinsdorf, gave him his first cigar as a gift. From there, Jordan started smoking cigars on his way to every home game. Jordan explained to the magazine how this ritual got started back in 2005.

“We had to be to the stadium at 6 o’clock for home games, and traffic was so bad it would take us an hour and 15 or an hour and 30 minutes to drive. So now I’m sitting in a car for almost an hour and a half, and I’m very tense. I’m worried about the traffic. So I started smoking a cigar going to the games. In 1993. It became a ritual for every home game.”

I don’t know much about smoking cigars or basketball but that just can’t be healthy. Smoking a cigar at this frequency before playing basketball at the highest level doesn’t seem like the best idea on paper, but the last thing I’m going to do is question Jordan’s basketball routine.

RELATED: If you ever wanted Michael Jordan at your wedding, here’s your chance, Chicago

Cigar Aficionado released a teaser for their big 25th-anniversary special, and in said teaser, Jordan finally revealed just how many cigars he’s smoking each day. The number is astounding.

Six cigars! As a non-cigar smoker, that seems like entirely too many cigars. In Jordan’s 2005 interview with the magazine he mentioned that smoking a single cigar can take him more than an hour. Understanding that time spent smoking a cigar can vary, we’re talking about a potential six hours of cigar smoking per day from the greatest basketball player that’s ever lived.

This can’t be healthy, right? I don’t want to have to start worrying about Michael Jordan.