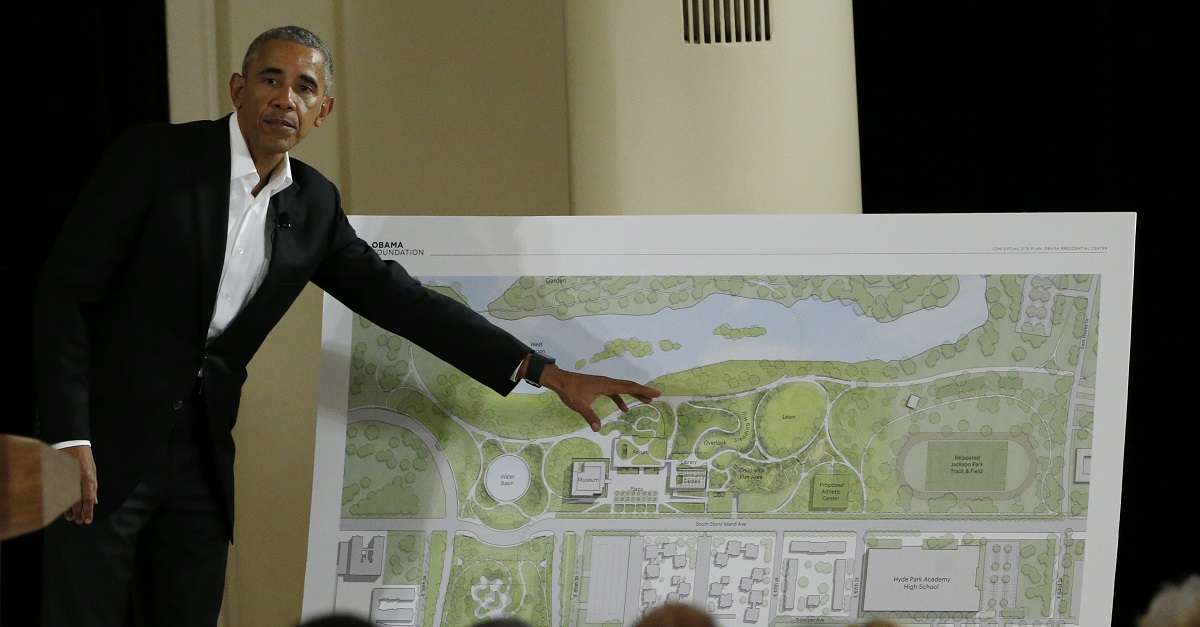 Controversy continues to erupt around the plans for the future Obama Presidential Center planned for Jackson Park on the South Side.

Obama has still found himself at odds with residents who are worried about the impact of the center on the neighborhood. Some groups are concerned about potential lane closures for vehicle traffic in the area and also how the park itself will be affected.

RELATED: New video series from the Obama Foundation highlights the South Side

It was recently announced that construction management of the project would be led by African-American contractors. Members of the City Council Black Caucus attempted to hold a press conference to congratulate Obama on this decision. But that’s when the activists showed up.

WGN reports that 5th Ward Ald. Leslie Hairston could barely be heard over the protests. “African-American owned businesses are the backbone of Chicago, and there are no four better companies to help build the Obama Presidential Center than those that have been selected by the Obama Foundation,” she said.

The objective of the protest? A Community Benefits Agreement (CBA) that would confirm jobs for residents in the area as well as protect housing for low-income residents.

Last August at a community meeting, residents voiced their concerns about the lack of a CBA.

?The soul of our city is at stake,? Kenwood Oakland Community Organization?s Jay Travis asked. ?Will Chicago be home to all people regardless of race and income or will we sit back and watch city government systematically remove us??

RELATED: The Obama Library may be getting funding from an unexpected source

Mike Strautmanis, the Vice President of Civic Engagement at the Obama Foundation, is confident that the move in hiring these specific construction firms will eventually overall benefit the community.

?We know they?ve been involved in other construction projects around the city and the Midwest, so between them all we knew they could handle the complexity,” he told CBS last week.

?We want to set the stage for a new model,? Strautmanis added. ?The new model is you don?t have to have a white firm with minority partners on the side. You want to have real diversity: minority firms in the lead with a seat at the table.?