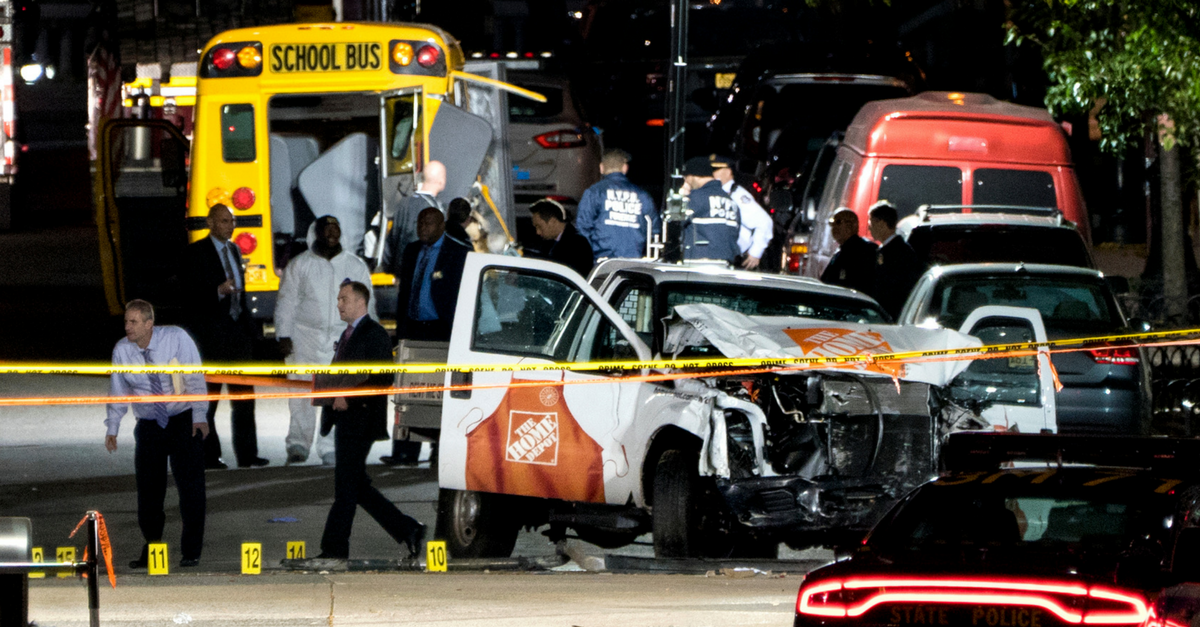 After the horrible attack in New York on Tuesday which left 8 dead and 13 injured, Mayor Emanuel and other city officials say Chicago will learn and adapt to hopefully prevent a similar attack from happening here.

RELATED: “People down” as vehicle mounts sidewalk in London and strikes numerous pedestrians

Emanuel pointed out the trend of using vehicles as weapons. “Every incident anywhere in the world. Not just New York. Paris, Barcelona. We learn something,” he said.

“Take a look at New York. It’s not different in kind or type to what happened in Barcelona. A vehicle being used [as a weapon]. And also in France in a public way. We always take anything that happens and the people at OEMC–with police, with fire, with our federal partners—run simulations and learn from that incident and what other things that we have to do to adapt and change.”

But are there actually any plans on the table to make renting a truck or other vehicle more difficult?

“It’s a very fair question. That said, I don’t have the answer, but we’ll get you the answer in the sense of what we do for truck rentals,” Emanuel said.

Melissa Stratton, spokeswoman for Chicago’s Office of Emergency Management and Communications said that “Plans are currently underway to implement a new initiative to work with rental truck companies as part of our outreach through the Public Private Taskforce,” in an e-mail to the Sun-Times.

“We have already been working with the private sector to educate them on how to identify suspicious activity and the importance of sharing information with authorities…which we are expanding to the rental car industry,” Stratton expanded.

RELATED: Chicago now ranks as one of the safest cities

Alderman Anthony Beale, who is also the Chairman of the City Council’s Transportation Committee was also asked about truck rentals.

“Looking into it,” is all he responded in a text to the Sun-Times.