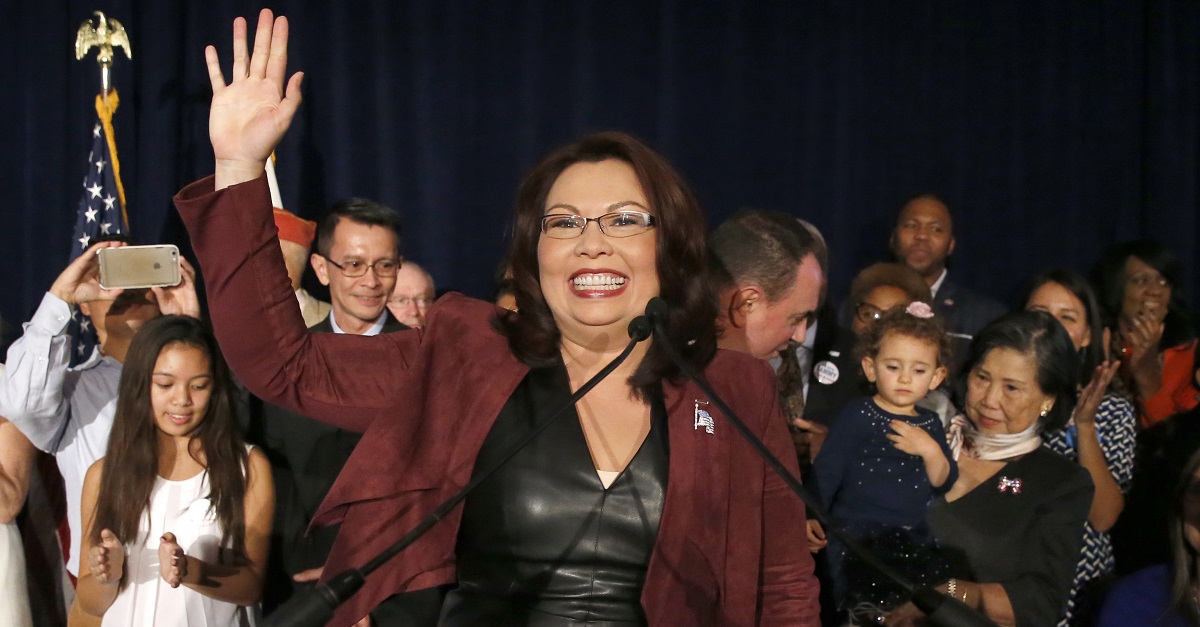 Tammy Duckworth, Democratic Senator of Illinois, has quickly grown in popularity in Congress over the years.

She had served in the military beginning in 1992. In 2004, the helicopter she was piloting was shot down in Iraq. She lost both of her legs as a result of the attack.

Ever-resilient, she found a new life in politics, eventually becoming a congresswoman in 2013 and sworn in as a senator last year.

RELATED: Dick Durbin?s not the only Illinois Senator calling out Trump: Duckworth responds to his comments about the military

Her accomplishments across multiple spectrum are innumerable, including that she is one of only ten US Congresswomen to give birth while serving in office.

Now she’s about to join another small group to be able to say something similar. In fact, she will be the only member of.

Yesterday, the Chicago Sun-Times announced that Tammy Duckworth is pregnant. She will be the only serving US Senator ever to give birth.

She previously gave birth to her daughter Abigail while serving as a Congresswoman in November of 2014. Sometimes it can be difficult to juggle her job and being a mother.

??Mommy can?t you stay home from work today and play with me??” Abigail asked her one day. “What do I say to a 2-year-old? ?No, Mommy has to go make sure our Department of Defense has the budget it needs.’?

But having a daughter has also brought an enlightened perspective to her legislative priorities. The Sun-Times noted that she is “a sponsor or co-sponsor of bills dealing with affordable child care, paid parental leave and other infant and maternal health issues.”

Duckworth grew up in Thailand and wants her daughter to speak Thai. Her mother has helped during her absences as well as an au pair who was previously a teacher in Thailand.

“I am proud to have her as my Illinois colleague and prouder still that she will make history by being the first U.S. Senator to have a baby while in office,” said Senator Dick Durbin. “I couldn?t be happier for her.”

Congratulations to my friend @SenDuckworth! Proud to have her as my Illinois colleague and prouder still that she will make history by being the first U.S. Senator to have a baby while in office. I couldn’t be happier for her. https://t.co/UdK9KwbFaC

Duckworth told the Sun-Times that she “feels great” at about six months pregnant. She is expected to give birth in April.

Besides Duckworth, here are the nine other women that have given birth while serving in Congress.