Volunteers help South Side seniors shovel over foot of snow 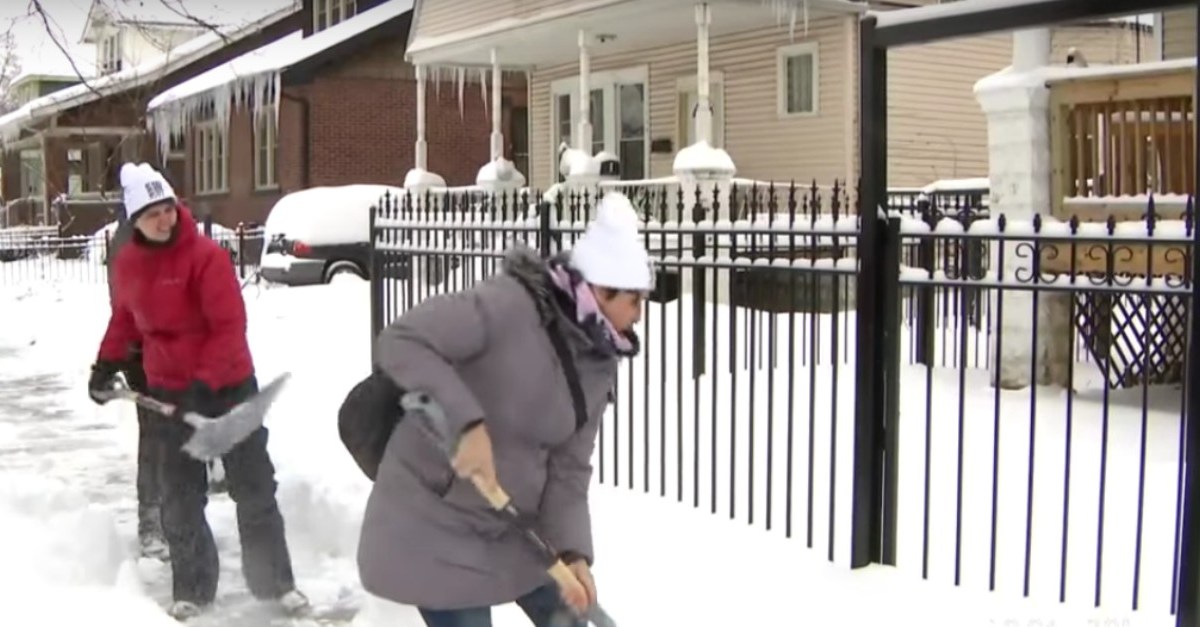 On the South Side, Saturday morning – dozens of volunteers came from all across the city to help clear away more than a foot of snow from sidewalks and streets.

According to a WGN report, Marc Townsend has lived near the corner of Cornell and 79th for 25 years and has never seen anything quite like it.

RELATED: This snow owl has a lot to be grateful for after surviving a scary accident

“I?m still in awe. I?ve been out here for about an hour just wondering, like, ?what the hell?? this is beautiful,” Townsend said to WGN.

Volunteers didn’t just shovel inches of snow, but pounds of it.

?I met somebody from Rogers Park, Lakeview, Hegewisch? they say Chicago is segregated, but obviously people care about other people in our city,? said Jahmal Cole to the news outlet, spearheaded the 120 volunteers through his community group My Block, My Hood, My City.

Volunteers shoveled 50 home’s sidewalks, but mainly homes where the elderly live, according to the news outlet. For those elderly residents, it could have been overwhelming but for the volunteers, it was simple.

David Thompson was a 26-year-old volunteer who came 15+ miles from his Logan Square home to help along with others who cleared the snow.

“I said, you know what, ?just go pay it forward,” Thompson said to WGN.

The snow came, but when it did – so did goodwill.

“You don?t need a master?s degree to shovel snow, you don?t have to know the second theory of thermodynamics in physics to help out your neighbor, so this is all about just giving,” Cole said to WGN.

RELATED: This Melty the Snowman cake is the most adorable depiction of how we feel about winter right now

“For someone to come out and think of us like that, to think of a block like that and a city like that to bring these young people together to do this, it?s amazing,” Townsend said to WGN.