A new study claims Texas’ ‘dead’ fault lines are getting fracked back to life, but others argue it’s just the Earth 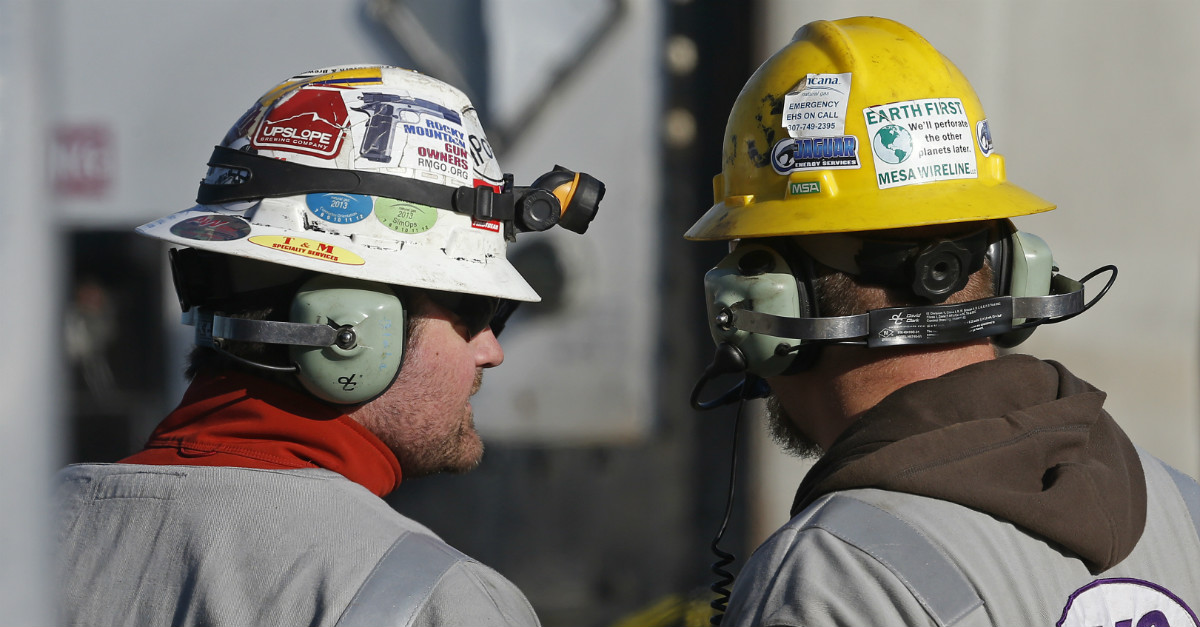 A study of faults in the Dallas-Forth Worth area using data from the past 450 million years shows they almost never move by themselves.

So, the study’s authors wonder, what’s behind Texas’ six-time increase in the number of earthquakes?

According to Scientific American, it could be man.

Known as fracking, a prevalent practice in the energy industry as a way of accessing resources previously thought to be trapped, injection of wastewater from oil and gas drilling sites is a practice suspected by some of inducing earthquakes in areas which, geologist agree, would be seismically less active otherwise.

Despite the disputed and inconclusive views on the notion of fracking causing earthquakes, the study’s conclusions tend to support those with concerns on the extraction method’s effects.

RELATED: Have you noticed the earthquakes in north Texas? The plates shifting below it aren’t slowing down

Geologist Beatrice Magnani, who works at Dallas’ Southern Methodist University and reportedly co-authored the seismic study, claims the fault lines in the DFW area should be inactive:

“There hasn’t been activity along these faults for 300 million years,” she said in an interview. “Geologically, we usually define these faults as dead.”

But, registered movements show they aren’t, and Magnani thinks wastewater injection into the ground via deep wells is responsible for their rumblings.

She says the water introduced creates pressure for the fault lines and maintains the practice can disturb weaker faults from their dormant slumbers.

To measure the data, scientists said they used a technique similar to an ultrasound scan to bounce sound waves off fault lines beneath the earth and get a picture of the areas’ seismic activity; according to the results, active ones displayed a jagged nature, with one side higher than the other – a trend the authors say is evidence of recent quakes.

If the ones in Texas showed a history of seismic activity, then the recent small quakes could simply be the result of natural movement in the earth’s crust, according to the authors’ conclusions.

However, fault lines in Texas showed no such activity, prompting researchers to take a closer look:

Based on the seismic testing findings, each quake, even the relatively smaller ones, move the rock of the earth’s crust anywhere from millimeters to inches.

To be sure Texas faults weren’t making very tiny earthquakes for millions of years already, analysts said they measured the cumulative shift in the rock over 300 million years, ultimately concluding how, to move the rock to where it currently sits,  it would take an earthquake roughly once every 50,000 to 79,000 years.

In the last decade, geologists confirmed Texas experienced five sequences of earthquakes, thus leading the Scientific American study researchers to conclude it’ is “exceedingly unlikely” the quakes are natural.

While the Texas tremors are still small, the publication’s authors say they worry the quakes could build to something bigger, citing concerns in Oklahoma, where the quake rate currently exceeds 800 earthquakes per year, some of them reportedly stronger than a magnitude five on the Richter scale.

In an interview, he further explained how the energy they release isn’t due to forced or injected water, rather, it is simply trapped and released as part of the Earth’s natural rhythm:

“The injections can’t put energy into the ground,” Zoback said. “The energy has to be there already and the injection just triggers its release.”

RELATED: Oklahoma was just rocked by one of its worst earthquakes on record, and scientists fear the worst is yet to come