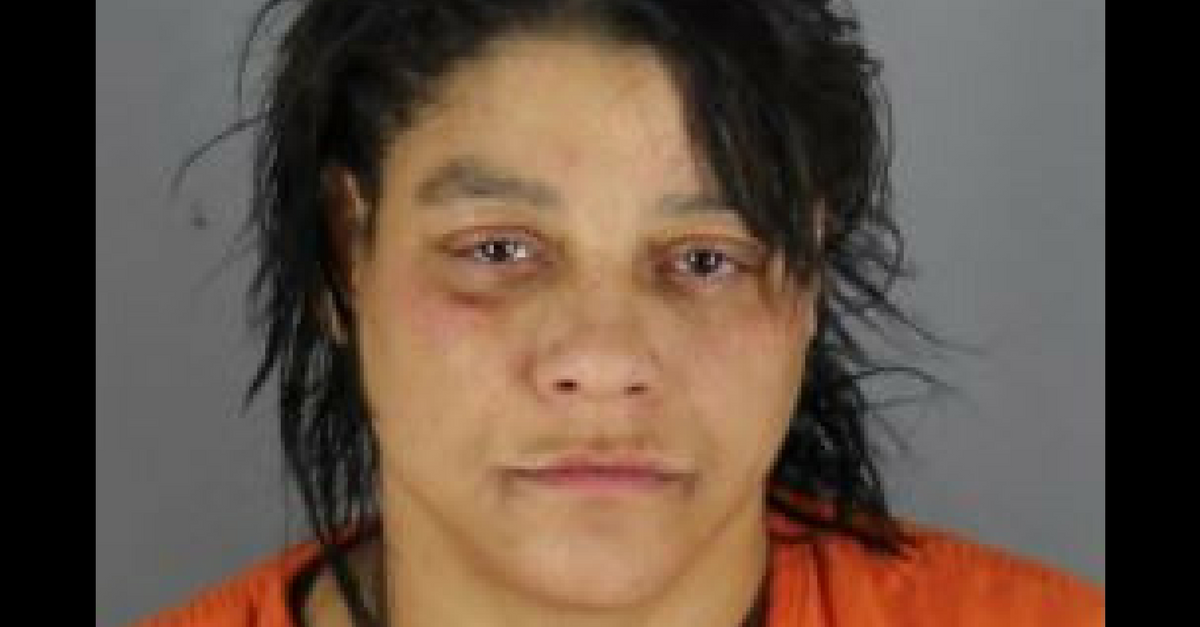 A Minnesota woman is facing second-degree murder charges after she allegedly killed one of her Thanksgiving dinner guests for smoking crack in her home without permission or offering to share.

Anenia Marie Hare, 47, told police that she invited Edward Caliph, 69, to her apartment to enjoy a meal on the holiday last week. However, before they began eating, she “looked over and saw the victim lighting up a crack pipe.” Angry because Caliph didn’t ask her permission to do drugs in her home and because he didn’t invite her to participate, Hare grabbed an antenna and a butcher knife.

She then stood in the doorway of her apartment in effort to appear intimidating and told her guest he wasn’t allowed to leave. At that point, a frightened Caliph began yelling for help from neighbors, begging them to call the police. In an attempt to escape, he broke a window with a vacuum cleaner.

According to what she told police, Hare grabbed him around his shoulders and fell on top of him as he tried to get the knife away from her. During the struggle, Caliph fell face down onto the ground and “started snoring.”

“I just grabbed him by the front and he went down,” Hare said, claiming she called 911 four times in regard to the incident. “To me it just felt like I put him in a sleeper hold or something.”

Police arrived to find Caliph lying face down on the living room floor near the window he had broken. He was taken to a nearby hospital, where he was later pronounced dead. An autopsy determined he died from homicidal violence. Charged with second-degree murder, Hare is being held on $500,000 bail at the Hennepin County Jail.

RELATED: A family is devastated after tragedy struck as they were in the middle of cooking Thanksgiving dinner