Menu
Follow us
Search
Menu
Search
This undated photo provided by the Hunt County Sheriff's Office shows Carmen Ponder. Charges have been dropped against Ponder, Miss Black Texas 2016 a day after an East Texas police chief was cleared of wrongdoing in her arrest. Prosecutors cited lack of evidence Tuesday June 13, 2017 in the May 20 arrest of Carmen Ponder for evading arrest. (Hunt County Sheriff's Office via AP)

On May 20, 23-year-old Carmen Ponder, 2016 Miss Black Texas U.S. ambassador and law student, was detained and arrested by Commerce Police Chief Kerry Crews at a Walmart.

RELATED: Trump’s Racial Profiling Idea not Only Wrong, but Ineffective

Crews was off duty at the time, and the whole thing was caught on video.

Since the incident, he and Commerce ISD school board trustee Michael Beane have both faced public backlash, as Beane was reportedly the one who brought Crews’ attention to Ponder at the Walmart, after an earlier incident where Beane cut Ponder off in traffic.

Beane, according to an article in Texas Monthly, was teaching his teenage daughter to drive when the traffic incident occurred.

During the ensuing confirmation, Ponder said his daughter shouldn’t be driving, to which he reportedly responded by calling her a “black bitch.”

Crews and Beane blocked the door until a police car showed up and took Ponder into custody, where she was charged with evading arrest – a charge now dropped.

While both men resigned, neither admits to any wrongdoing, according to respective statements.

Beane instead said the negative coverage was bad for the town of Commerce, while Crews says he “became emotional” because of Ponder’s response to his demands to answer his questions. 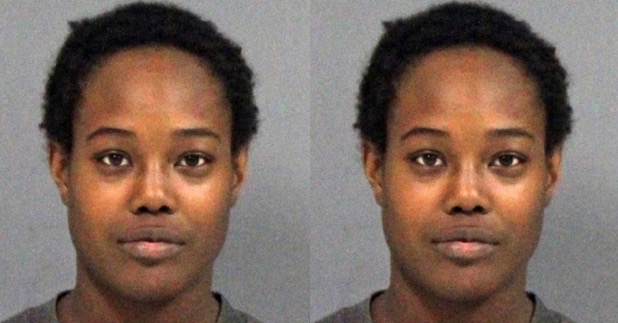