From Lady Antebellum to Drake, Kevin Hart to country singer Chris Young, celebrities are vowing to help the Bayou City recover in the wake of Hurricane Harvey.

RELATED: How to get FEMA funds ASAP — if you’re eligible

Lady Antebellum, whose Sunday concert at The Woodlands Pavilion was canceled, pledged from their Dallas venue on Friday to give the proceeds of its merchandise sales to hurricane relief.

Drake, who considers Houston his second home, pledged from his tour stop in London to help the city in any way he could.

Recovery efforts from Hurricane Harvey will be massive.
We must come together to help rebuild our communities.https://t.co/SR6DmnNbyM pic.twitter.com/iiMsG2i4dl

The initial 200k was raised in less than 2 hours.
I have now raised the goal to 500k.
Your support is phenomenal!https://t.co/SR6DmnNbyM

And then there’s comedian Kevin Hart, who challenged Houston’s most famous celebrity Beyonce, as well as Jerry Seinfeld, The Rock, Dave Chappelle, Steve Harvey and Justin Timberlake, on Instagram to pony up funds and help Houston recover.

RELATED: “The Bayou is Roaring, and it’s just a matter of time…”

Non-celeb volunteers are also stepping up in this time of need, including the Cajun Navy, a volunteer organization, seeking willing and able Houstonians to aid their rescue and recovery efforts.

If you’d like to help, download the app “Zello” for information on which supplies are needed most and where to direct your efforts. 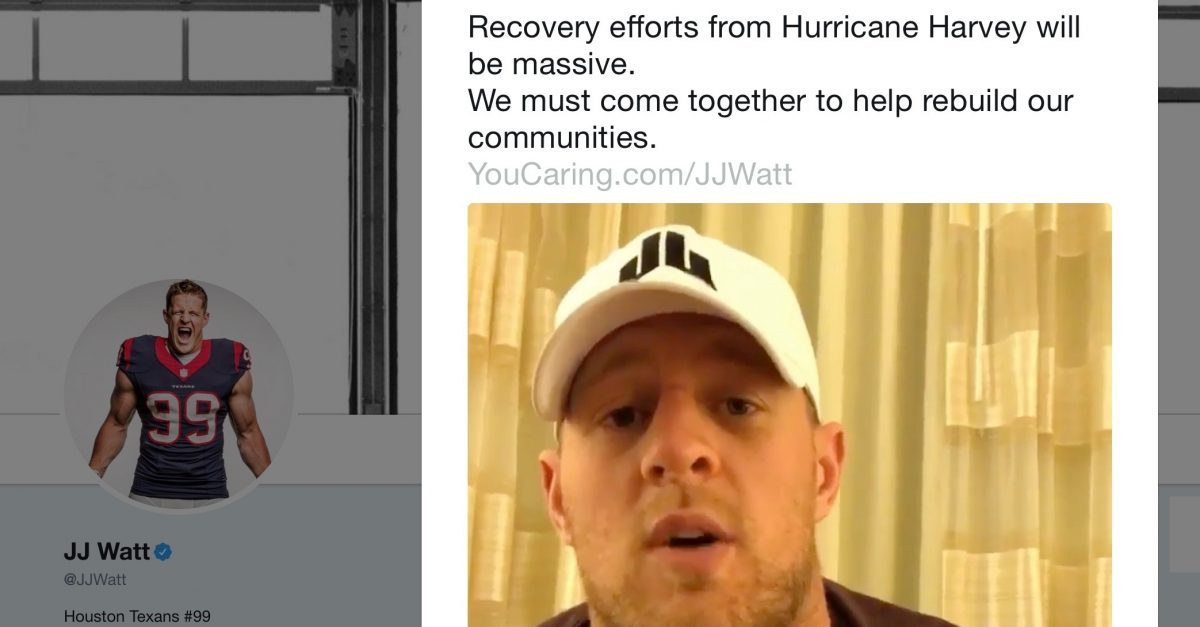