His name is Money Mike, and he’s a Houston rapper.

According to police records, he’s also an alleged drug dealer.

RELATED: Houston’s Snapchat shooters made their first appearances in court, and one couldn’t help but smile

Adding one-half of the Snapchat shooting duo to his resume, who, collectively, fired 14 rounds out of a moving car in west Houston during the early-morning hours of Sept. 26, Michael Anthony Cuellar, 29, spoke to ABC13 in an interview last night after he was released on bond Tuesday:

“I love Houston, and I have respect for HPD,” Cuellar said to reporter Chauncy Glover. “All I gotta say, homie.”

For the actions shown in the footage above, Cuellar and his partner, Sierra Tarbutton, 27, were arrested earlier this week, charged with felony criminal mischief and deadly conduct.

Tarbutton also spoke to the news station, stating in her interview how she feels victimized for the incident, like her defenders, who say she was just “shooting into the air:”

“We were drinking at the time and were riding around, shooting in the air,” she said.

Meanwhile, Tarbutton’s mother, a former corrections officer, said she is a supporter of firearms, further amounting her daughter’s behavior to being “a rough patch:”

“Honestly, I think guns, the severity, I used to be a corrections officer, and I’m a believer in the permit of having a gun,” Sonya Shumway said in an interview. “The area they were in, she knows nobody couldn’t have gotten hurt.” 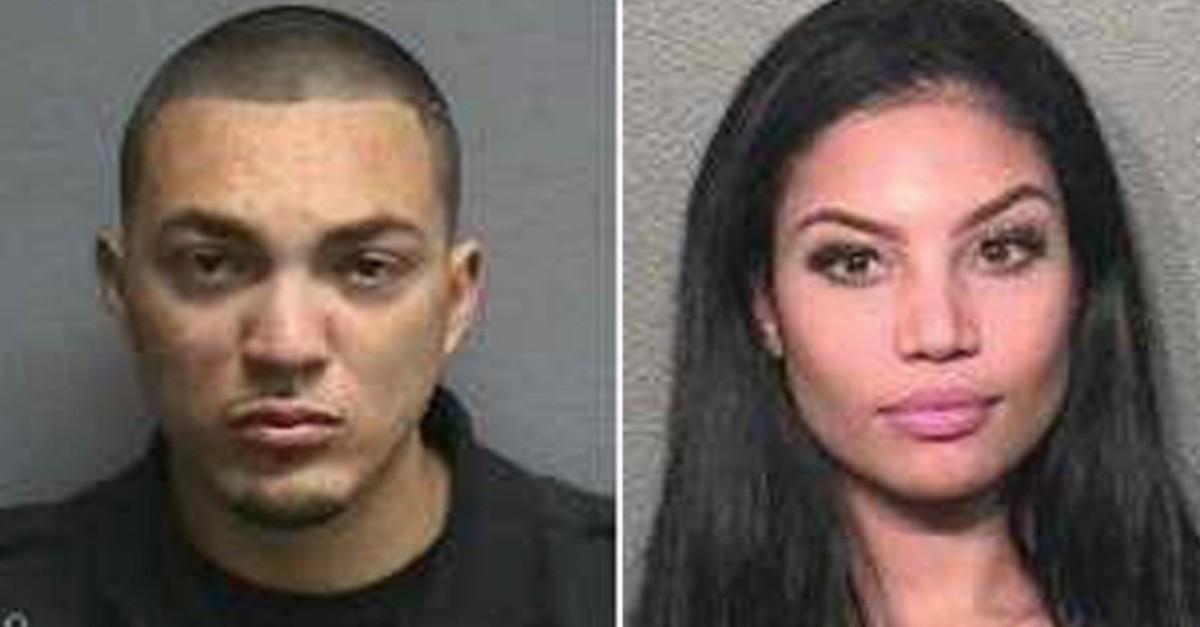