Flooding brought on by Harvey destroyed an estimated 500,000 vehicles across Houston, including both personal and dealer stock.  In a region built around the oil industry, many residents were left stranded.

Hardest hit were lower-income residents who rely on their vehicle for work. Living paycheck-to-paycheck, these struggling individuals find themselves with scant resources to help them rebuild.

Daniel Gonzalez shared his story with the  The Texas Tribune — a story which resonates with many low-income families facing the daunting process of rebuilding.

Many lower-income families have minimum liability insurance on their vehicle. Since their insurance policy won’t pay for flood damage, they are left holding the tab for replacing or repairing the damaged vehicle. With little to no money, that becomes a impossible feat.

While public transportation is a viable option in the city center, it’s not on the outskirts of Houston where many low-income residents reside.

Known for its web of highways and long commutes, Houston’s culture is such that residents are expected to drive. After a disaster like Harvey, that mentality may have to change lanes. 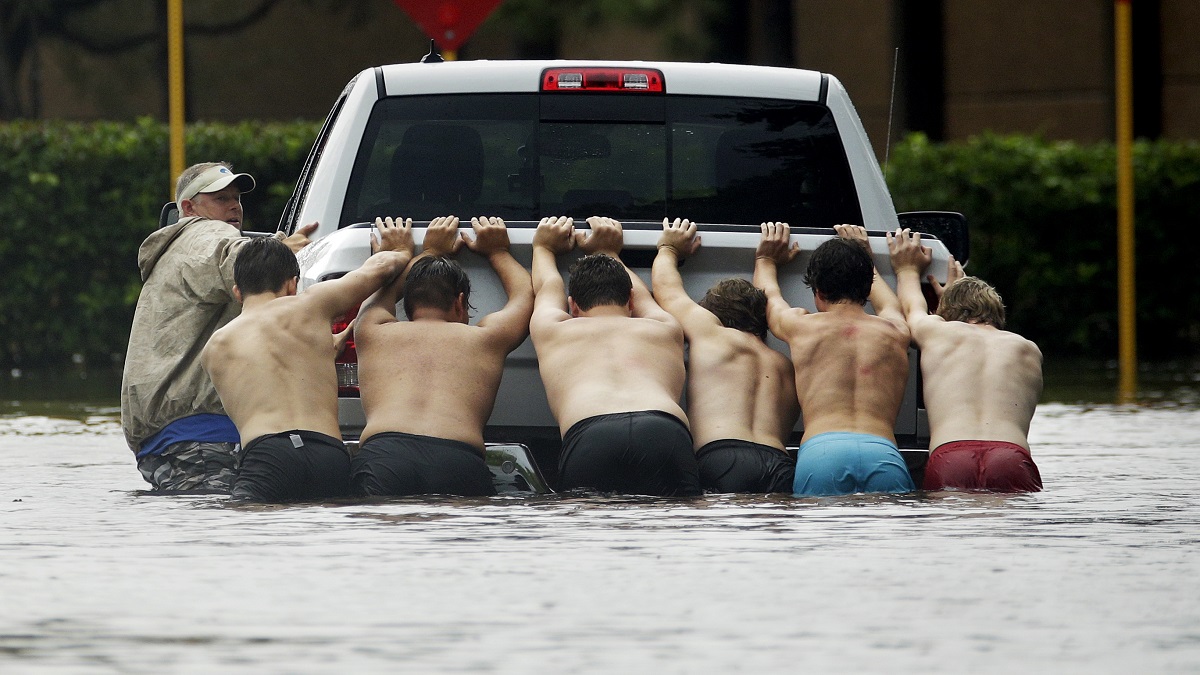