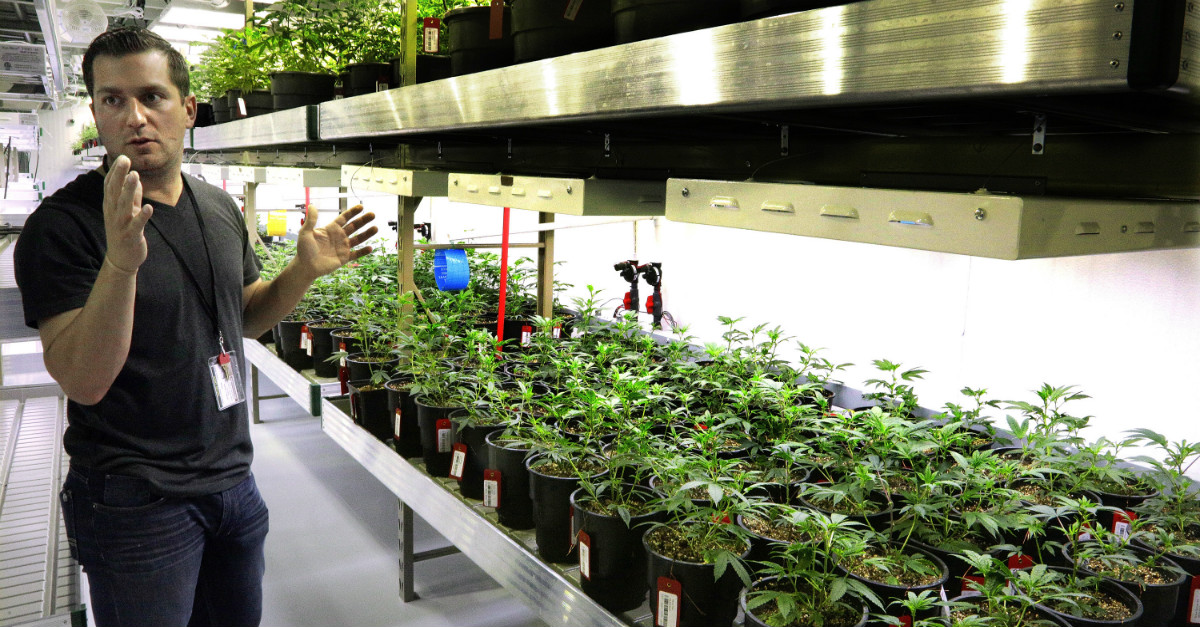 AP Photo/Seth Perlman
In this Tuesday, Sept. 15, 2015 photo, Ataraxia's inventory manager Anthony Marsico inspects the "Vegetative Room" at the Ataraxia medical marijuana cultivation center in Albion, Ill. Marijuana strains are now being cut and dried, and by mid-October, will be turned into medicine in many forms like oils, creams, buds for smoking, edible chocolates and gummies. (AP Photo/Seth Perlman)

Since Governor Greg Abbott signed the Compassionate Use Act, the wheels of the medical marijuana industry began turning in Texas, with Knox Medical reportedly set to begin selling its product in December.

According to click2houston.com, the company, with locations in Florida and now outside of Houston, is already subject to weekly inspections by the Department of Public Safety as it prepares for its facilities to open.

“We’ll go to the major treatment centers and talk to the physicians and find out, ‘Do any of your patients qualify for medical cannabis?’” Knox founder Jose Hidalgo said in an interview.

Per the law, growers of marijuana plants for medicinal use will be subject to very strict requirements about the medical product ultimately derived from the plants.

It further provides how any derived compound, manufacture, salt, derivative, mixture, preparation, resin or oil made from the plants grown may not contain more than .5 percent THC – its natural psychoactive chemical – by weight; it may also not contain less than 10 percent cannabidiol (CBD).

Only people whose epilepsy fails to respond to any other treatment can use the CBD oil produced by companies like Knox, according to the text; patients must also be permanent residents of Texas.

Additionally, under the law, a doctor must determine if using low THC cannabis would benefit the prescribed patient, and a second doctor is required to concur with the first’s diagnosis.

Smoking marijuana remains illegal on the state level in Texas, although some of the state’s largest cities, including Austin, San Antonio, Houston and Dallas, are working or utilizing programs effectively decriminalizing possession of a certain amount of the plant.