Menu
Follow us
Search
Menu
Search
In this Wednesday, Aug. 30, 2017, photo, dozens of homeless people live beneath an overpass for Interstate 59 in Houston. Many of the inhabitants of the tent camp braved Hurricane Harvey there and shrug off the severity of the storm, even as advocates for the homeless fear the aftermath could hit them hardest. (AP Photo/Matt Sedensky)

Houston police reported a homeless man died of hypothermia earlier this week, as temperatures across Houston plummeted below freezing.

Authorities said they discovered the man, whose identity who remains unreleased at this time, near the 6700 block of Telephone Road between Bellfort Street and Airport Boulevard in southeast Houston.

The bitter cold reportedly sent at least two other people to local hospitals for hypothermia.

Paramedics said they received calls to a homeless encampment on Tuesday afternoon to transport an individual to a local hospital, which did not identify the patient or release any information on whether the cold caused their injuries.

Both the American Red Cross and the City of Houston announced they established “warming centers” for the thousands of Houston’s homeless estimated to be left without shelter during the arctic blast.

According to the effort’s website, the centers are mostly located in an around Houston’s Midtown and Central Business Districts, where officials say many of the homeless choose to stay overnight; the city reportedly provides free transportation to these centers, as well.

While these centers are available and free of charge, health experts say many of Houston’s homeless fail to take advantage of the services.

Many of those without shelter say they fear to lose the personal items they do possess.

Some centers will reportedly inspect any bags to check for weapons, drugs or potential sources of contamination, while others allow the residents to maintain their own property.

“They’re scared they’re going to lose their personal belongings, that’s all that they have,” Renata, a worker at the warming center at the South Main Baptist Church, said in an interview with a local TV station. “No rules, no searches, backpacks, you can bring all your personal belongings. Just don’t overload the facility, be mindful other people have to come in.”

This is also a problem city officials say they face in their efforts to clean up local encampments, which received federal court-ordered protection late last year.

Temperatures are expected to dip below freezing again Wednesday night, but meteorologists say Houston will be in the 70s again by this weekend.

If you would like to help with Houston’s homeless issues, there are dozens of shelters across town where you can learn more or volunteer your time. 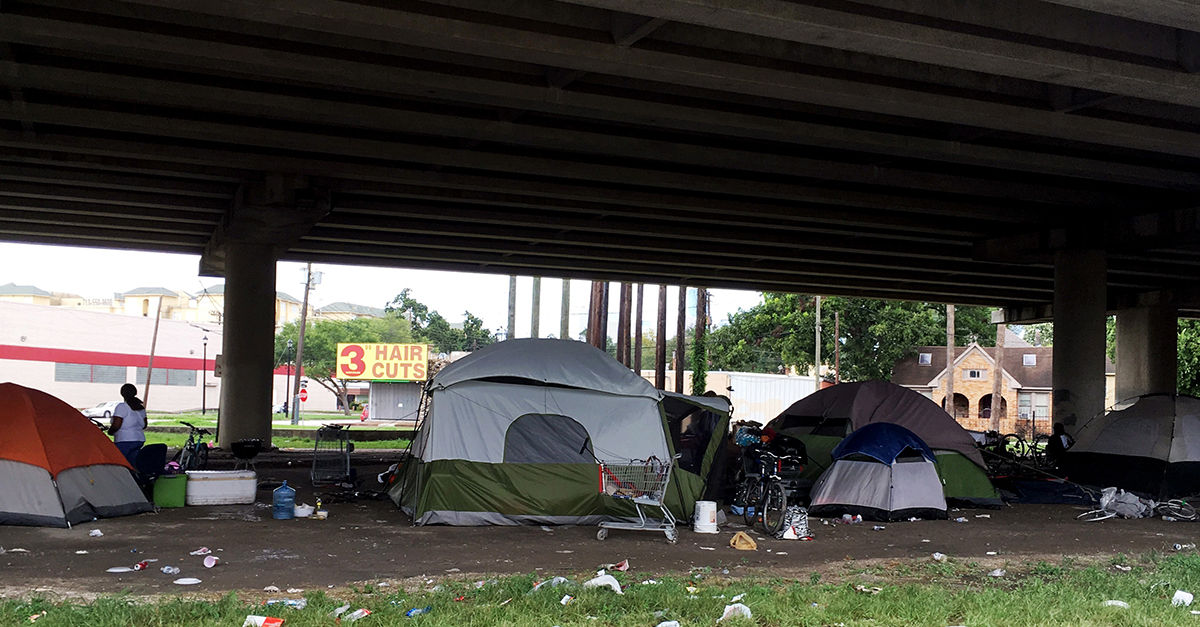