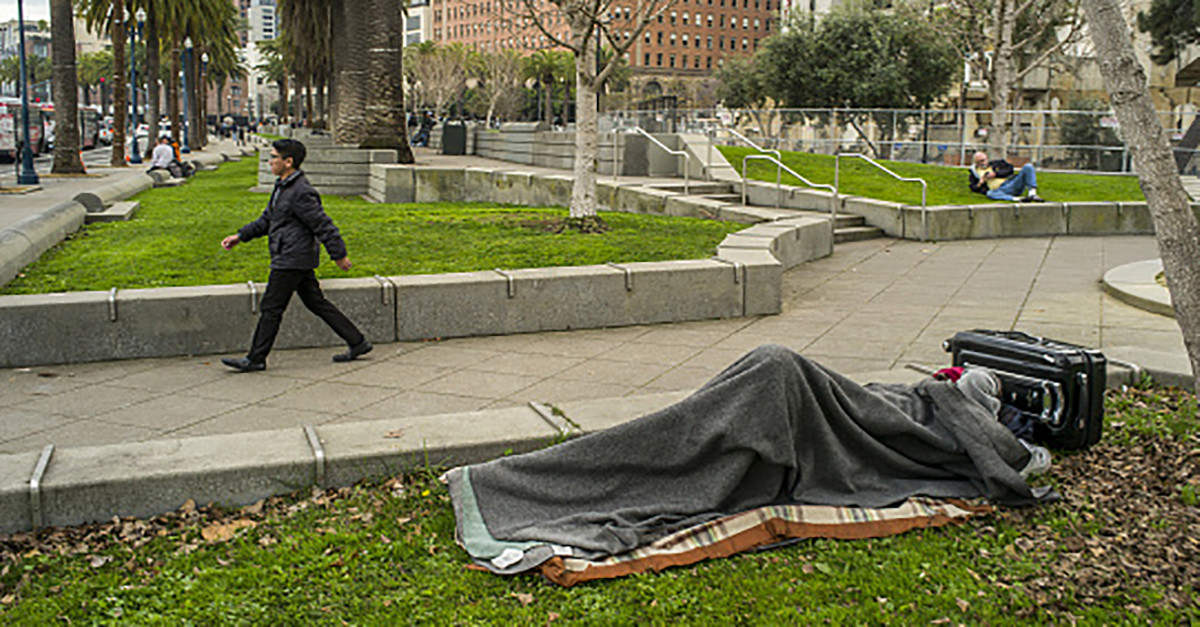 Houston police ticketed a couple who has been living on the streets for five years with citations totaling $1,000 for sitting on the sidewalk.

The ticket was issued when Curtis Owens and Misty Howard sat on the sidewalk and set down their few belongings. If they cannot pay the tickets, they risk going to jail. Howard is also seven months pregnant.

“We were just sitting against the building on Fannin and Prarie Street just resting,? Howard told a local TV station. ?I have two more months to go and with him having back problems, we sat down for a few seconds and the officer gave us a citation.?

“Honestly, I think they should just throw it out because I mean, it was something so small and pointless for him to stop and actually give us that citation,” Owens said.

Randall Kallinen, a civil rights attorney representing the couple, said the city was engaged in profiling against people who appeared to be homeless.

“They profile the people and if they appear to be homeless, that’s who gets the tickets. That violates the Constitution, that violates equal protection under the constitution, and that is cruel and unusual punishment,” Kallinen said.

The City of Houston has been in a legal battle against homeless camps that have sprung up under freeway overpasses near Midtown. The city has also instituted ordinances against feeding the homeless, limiting the activities of many local charities.

Homeless advocate Shere Dore said the city’s anti-homeless laws are unconstitutional and leave the homeless population with no means of helping themselves.

The couple pled not guilty at an arraignment in court Monday. They hope the case will go to a jury trial.