In June, police were called to deal with a naked man on a train, and, if there wasn’t video, you wouldn’t believe what happened next:

The man, armed with a bug sprayer, turned the device on the cops when they arrived.

Just as one of the responding officers readied his taser, in case it was needed to take the clearly unstable man down, the naked gentleman hit the officer in the face.

As you might expect, the officer did use his taser on the man.

He fell, but wasn’t completely subdued, so a second officer also deployed his taser against the man.

After that, they were able to get handcuffs on him and take him into custody.

What happened to the man from there isn’t clear based the Blue Lives Matter report, which only says “We presume he was taken to the hospital afterwards for a mental evaluation.”

RELATED: Cops Who Tasered and Killed a Texas Teen Won’t Face Charges, Even Though the Whole Thing Was Caught on Tape

Authorities are still working to identify a motive for the man’s actions. 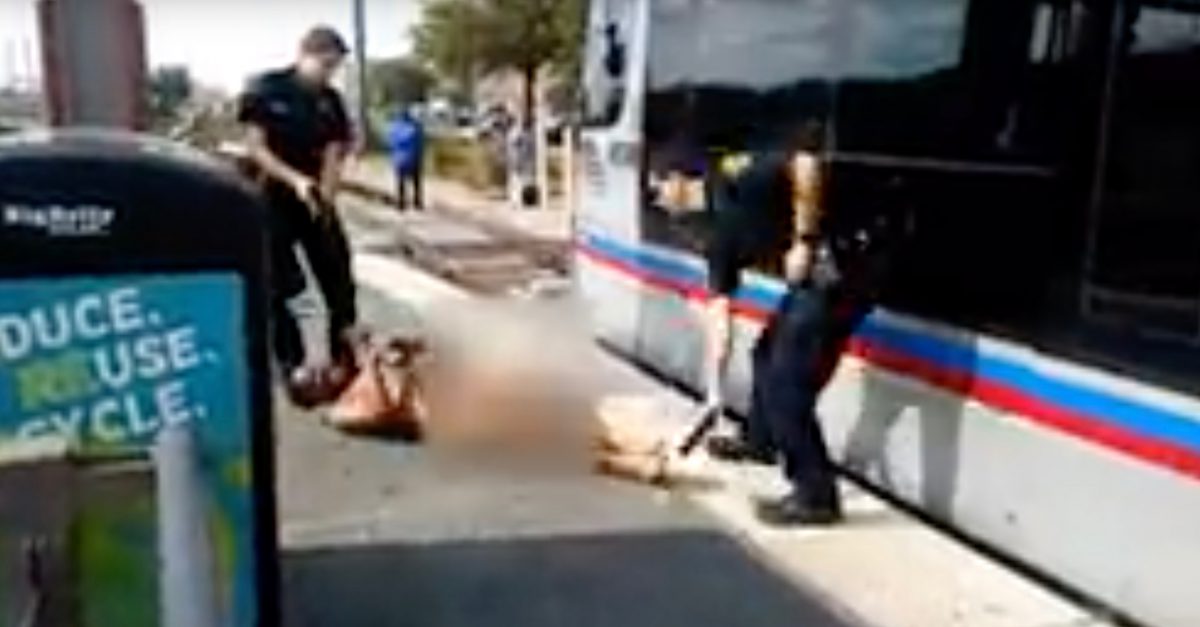