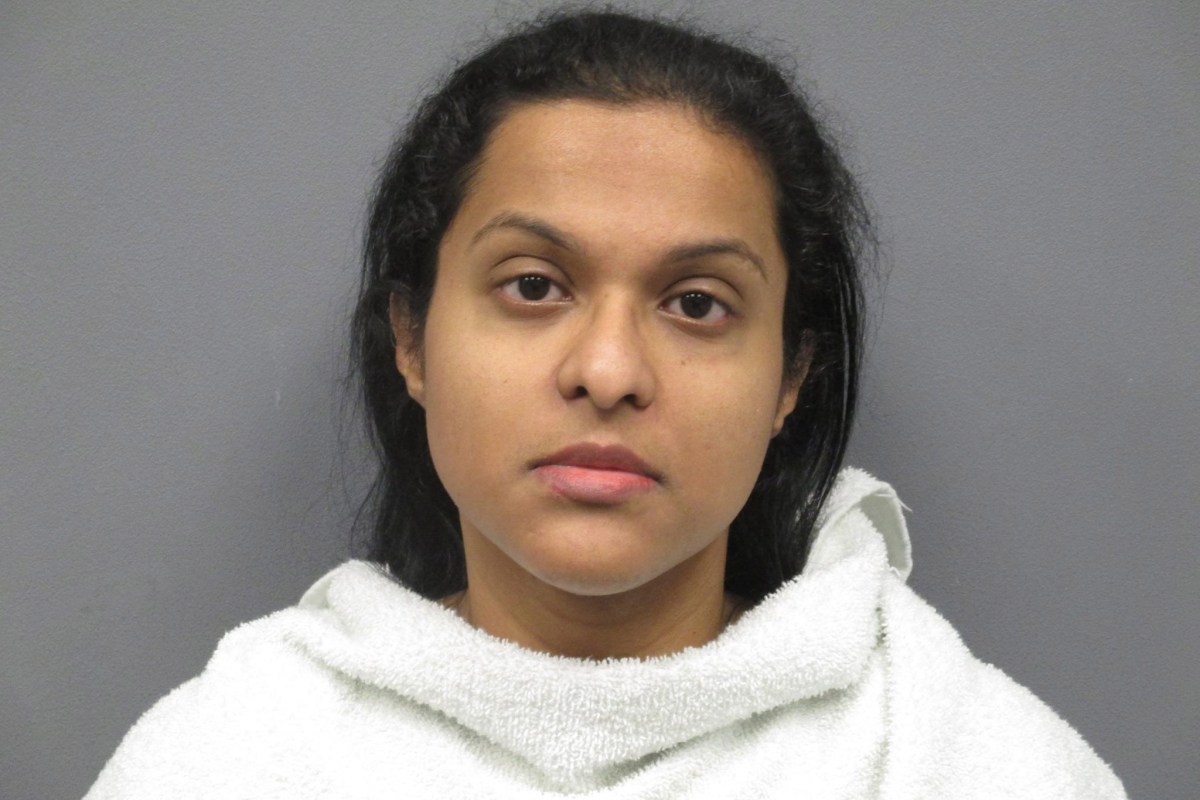 Photo from Richardson Police Department
Credit: Richardson Police Department https://www.facebook.com/RichardsonPD/photos/pb.123869457697041.-2207520000.1510925356./1523841287699844/?type=3&theater The Richardson Police Department has arrested and charged Sini Mathews with Abandoning or Endangering a Child (TPC 22.041), a State Jail Felony. Investigating detectives have determined Sini Mathews left 3 year old Sherin Mathews alone while she and Wesley Mathews went to dinner with their biological daughter, the night of Friday, October 6th. Sini Mathews’ bond has been set at $250,000. The Dallas County Medical Examiner’s Office is continuing to work on determining the cause of death. Those results will be made available when complete. The arrest affidavit for Sini Mathews is available on our website at http://bit.ly/2zHZQHx. The investigation into the death of Sherin Mathews is continuing. #sherinmathews

Richardson police arrested the foster mother of Sherin Mathews, the three-year-old Texas girl tragically found dead in a culvert after a lengthy search.

According to People magazine, 35-year-old Sini Matthews was arrested Thursday and charged with abandoning or endangering a child. Authorities are alleging she left Sherin at their home unaccompanied for an hour and a half the night before Oct. 7, when she was first reported missing.

Her body would not be recovered until Oct. 22.

RELATED: Police believe the body they found may be the missing Sherin Mathews

Sini Mathews is being held on $250,000 bail. According to the arrest affidavit, Sherin was left by herself because Sini and her husband took their biological daughter out to dinner that night. Police concluded this placed Sherin in “imminent danger of death, bodily injury, or physical or mental impairment.”

Her husband, Wesley Mathews, is charged with felony injury to a child after it was revealed Sherin choked on milk he was trying to get her to drink, instead of vanishing from outside their home like he initially told police.

It was Wesley who told police they went out to dinner the night before Sherin was reported missing. They checked with the restaurant to confirm only one of the Mathews’ children was with them at dinner, and found a receipt proving the family was there that night.

The Dallas County Medical Examiner still has not determined the cause of Sherin’s death.

RELATED: There’s a big reward out to catch a kidnapper who tried to abduct a 16-year-old-girl at knifepoint in Cypress