When their school was flooded and deemed unfit for, well, school, district officials struggled to find an answer.

Where would the kids of Kingwood High School go?

RELATED: These two high schools are combining forces to make the best of their devastating situation post-Harvey

Nearby Summer Creek High School was circled as a possible solution. A schedule was devised giving one group of students the morning at the school, with kids from the other high school coming in the afternoon.

With short days of not even four hours, a college-like schedule was implemented to give kids more learning time — 83 minutes per class — on some days.

And now, three weeks later, how are the students adjusting?

“A few weeks ago, we didn’t even know if we were going to have a marching band or not,” said student Liv Velvin. “Not a week later, two weeks later, surprising, we’re able to practice on this field.”

RELATED: As Houston wades through Harvey’s aftermath, infrastructure and schools try to recover

Which proves the old adage: kids are resilient. 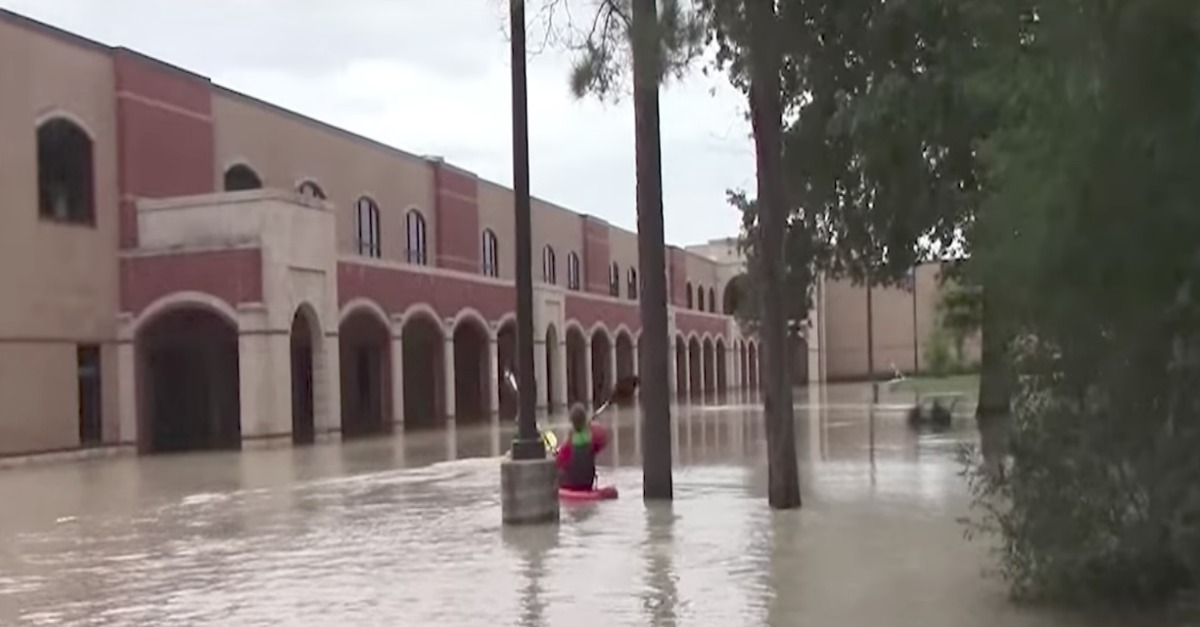