A young employee of Great American Cookie Company in the Katy Mills Mall learned the hard way that no good deed goes unpunished:

After the off-duty officer, who was wearing his badge, ordered a cookie, the young man offered to pay for the cookie out of his own pocket.

According to the boy’s mother Tami Kurtz Randolph, her son wanted to honor the officer’s service to the community. Instead, he found himself under attack from the next customer.

Kurtz wrote in a Facebook post that the man who was behind the officer in line walked up to the counter and asked, “Are you going to buy mine, too?”

The young man tried to explained he bought the cookie for the officer because of his badge, but the customer accused him of being a racist and tried to attack him. The customer’s wife also allegedly threatened to slap the employee.

A coworker stepped in to stop the altercation, but the customer threatened he would get the employee fired.

The next day, the young man was brought into the back office and told by his manager upper management wanted him fired, but he decided to keep him employed in the store.

Later, however, he found out he would still be suspended for a week.

As a result of the social media attention, Great American Cookie Company released a statement saying they would be fully reinstating the young man, given a more thorough investigation revealed he was not at fault. 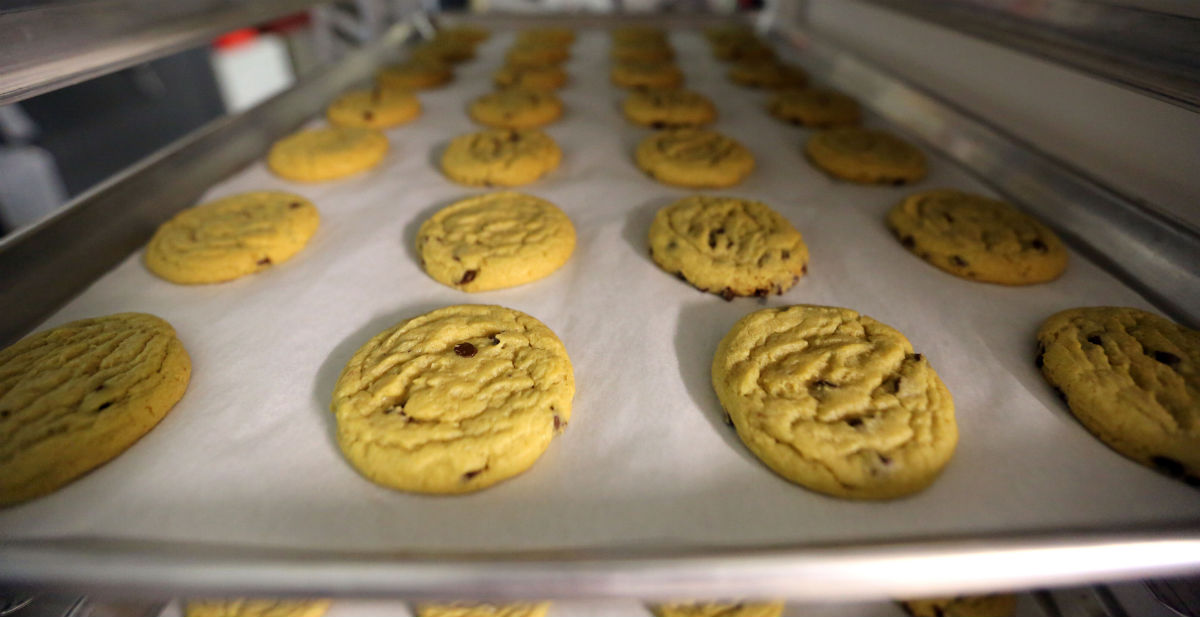