The singer took to Twitter to share a throwback photo from her very first kiss with fiancé Liam Hemsworth, which happened a whole eight years ago while they filmed the 2010 movie “The Last Song.”

“Happy #InternationalKissingDay!” Cyrus wrote alongside the picture of her and Hemsworth kissing in the ocean. “Our first smooch 8 years ago!”

RELATED: Miley Cyrus opens up about how she has more “respect” after cleaning up her image

Cyrus and Hemsworth started dating in 2009 after meeting on set of the movie. They got engaged in 2012 but called things off the following year. In 2016, they got back together and re-engaged.

“People that break up and get back together, I think that’s awesome because you know it’s true,” she reflected on the split. “But also you get time to be yourself. You get time to grow up. I think if you’re growing up attached to another person, you never really get solid as your own being. I’m really solid, and he gets to be really solid. Together we get to be two really grounded people. It’s not a half and a half making a whole.” 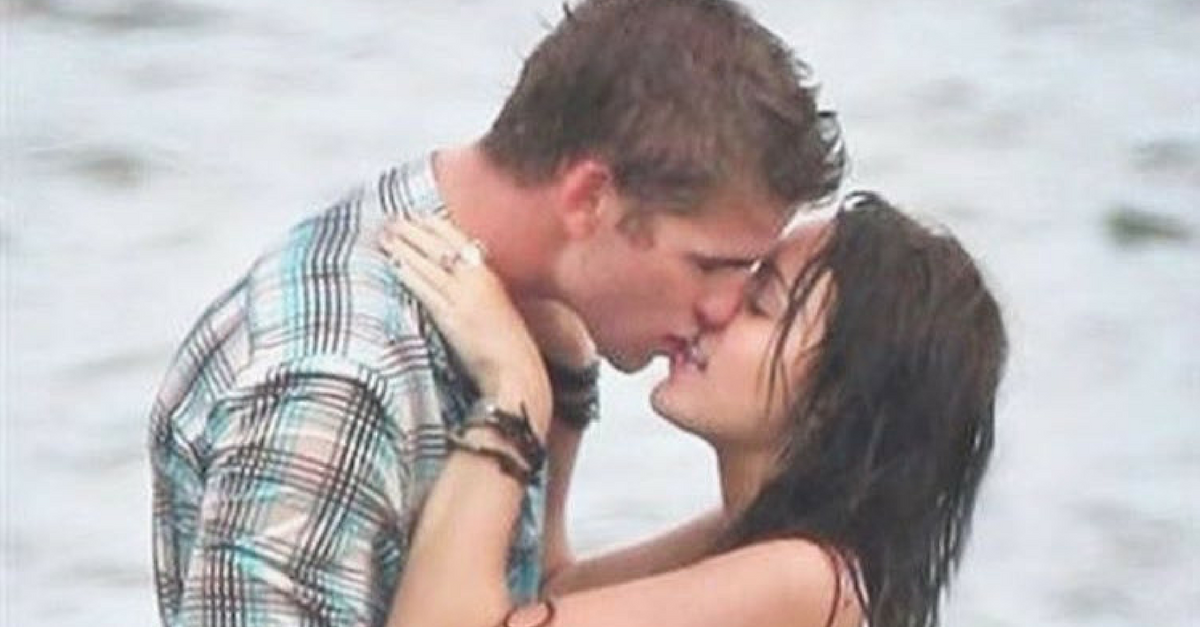