A reality TV show contestant’s mom reported her missing, and it didn’t take long to figure out where she was 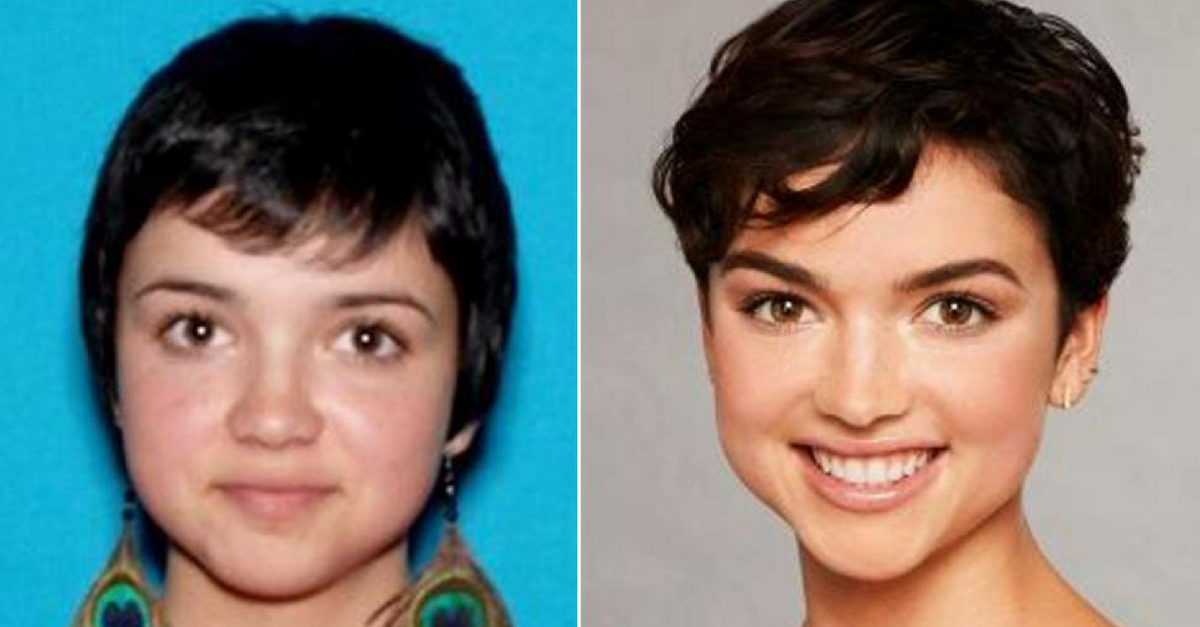 A woman reported missing in California has been located safe and sound after a fan noticed that she is a contestant on this season’s “The Bachelor.”

Rebekah Martinez’s mother reported her missing back in November, claiming she disappeared after going to work on a marijuana farm. While the report slipped under the radar for most, it was brought to everyone’s attention on Thursday when Martinez was listed as part of “The Humboldt 35” missing people in California in a local newspaper. One reader, however, immediately recognized Martinez and contacted the North Coast Journal in regard to their article.

“My sister always calls me Sherlock Holmes,” the woman, Amy Bonner O’Brien, said. “I was just scrolling through the 35 missing people, and I recognized some of them from news stories. When I got to her, I was like wait a minute, she looks so familiar, and I instantly thought of ‘The Bachelor.’”

RELATED: “The Bachelor” is coming back, but this season, there’s a big twist

After other fans started chiming in, the Humboldt County Sheriff’s Office was able to contact Martinez by phone and to confirm that she is not missing but was instead competing on a reality TV show for love. The sheriff’s office also clarified the ordeal, noting that Martinez’s mother had been able to reach her by phone a while ago, but that she had to remain on the missing person’s list until authorities could speak with her directly.

Martinez hilariously responded to the incident on Twitter afterward, writing, “MOM. how many times do I have to tell you I don’t get cell service on The Bachelor??”

MOM. how many times do I have to tell you I don’t get cell service on The Bachelor?? https://t.co/iYnxQCIZBt

Martinez has been competing for Arie Luyendyk Jr.’s heart on Season 22 of the ABC franchise “The Bachelor” and grabbed the attention of viewers when drama erupted over her young age of 22 compared to Luyendyk’s 36.

RELATED: Former “Bachelor” Sean Lowe sprang into action when Harvey victims needed him the most