Video of drone getting dangerously close to airplane emerges online 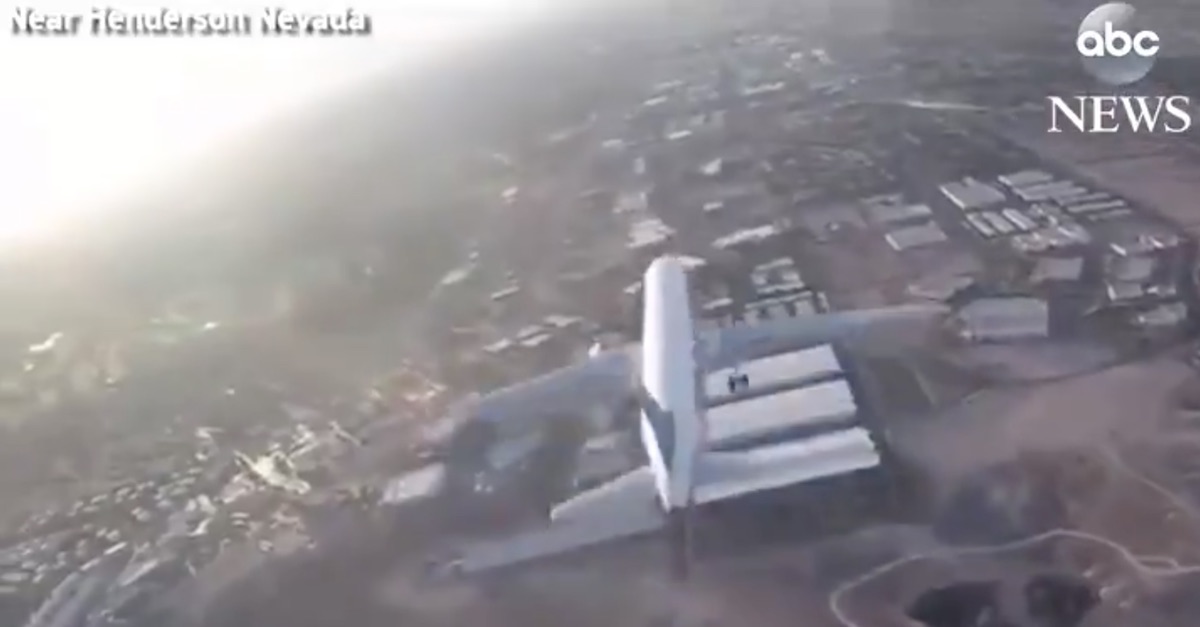 How to get the Federal Aviation Administration (FAA) worried and upset in one step: fly a drone over a landing plane.

RELATED: Man says a mysterious drone stalked him and his terminally ill mother

The FAA is looking into an incident of a drone hovering above a plane approaching McCarran International Airport in Nevada after video emerged online.

FAA investigating an apparent close call between a drone and a passenger plane over Nevada. The footage, shot by an unidentified drone operator, appears to show the plane flying directly below the drone. https://t.co/O0pXTKDQ3y pic.twitter.com/2GWbTKoyhl

While this may seem harmless and innocent enough, the truth of the matter is that the unidentified drone operator could be in anything from a world of federal trouble to getting slapped with a simple fine.

Las Vegas Now reported that a person flying a drone unsafely could face fines of $1,437 per violation, but it’s even worse when you consider the possibility of federal charges.

Those fines could rise to the level of $250,000 and/or three years behind bars.

Chad Budreau, director of government affairs for the Academy of Model Aeronautics, said that anyone who does with this drone operator did in not steering clear of the plane should be held accountable.

“All drone and model aircraft pilots must stay well clear of manned aircraft. We condemn the type of operation depicted in this video,” he said in a statement. “Anyone who violates aviation regulations or endangers public safety must be held accountable for their actions. We urge the FAA to take strong enforcement action against this drone pilot, and against any future violators.”

Drone organizations have echoed these thoughts, calling the drone operator “reckless” for potentially jeopardizing drone usage for everyone else and discrediting the industry.

“This pilot’s actions not only endangered the flying public but has the potential to discredit an entire sUAS industry,” Drone U also said in a statement. “It is the opinion of Drone U and its members that the pilot receive swift and just punishment for this example of irresponsible and reckless flight. There is no excuse for this type of criminal behavior.”

Although it is an eye-catching video, people on social media also condemned the drone operator.

If that causes a crash #dronedumbass

What on earth is anyone doing flying a toy near an airport?

What on earth is wrong with people!!

Scares the crap out of me.

This is what happens when you allow stupid people to buy a device that allows them to fly a piece of equipment wherever they want.

If the FAA really cared about this, they would ban amateurs from buying an using drones. Just a matter of time before a crash happens due to a drone.

Others have said they believe the video is a fake.

That looks like and augmented reality clip. Looks fake.

This seems doctored. There is a longer version floating around.

Yeah, he more I look at the video, the more it looks like a simulator.

Whatever the case, we should all agree that this is not a good idea.