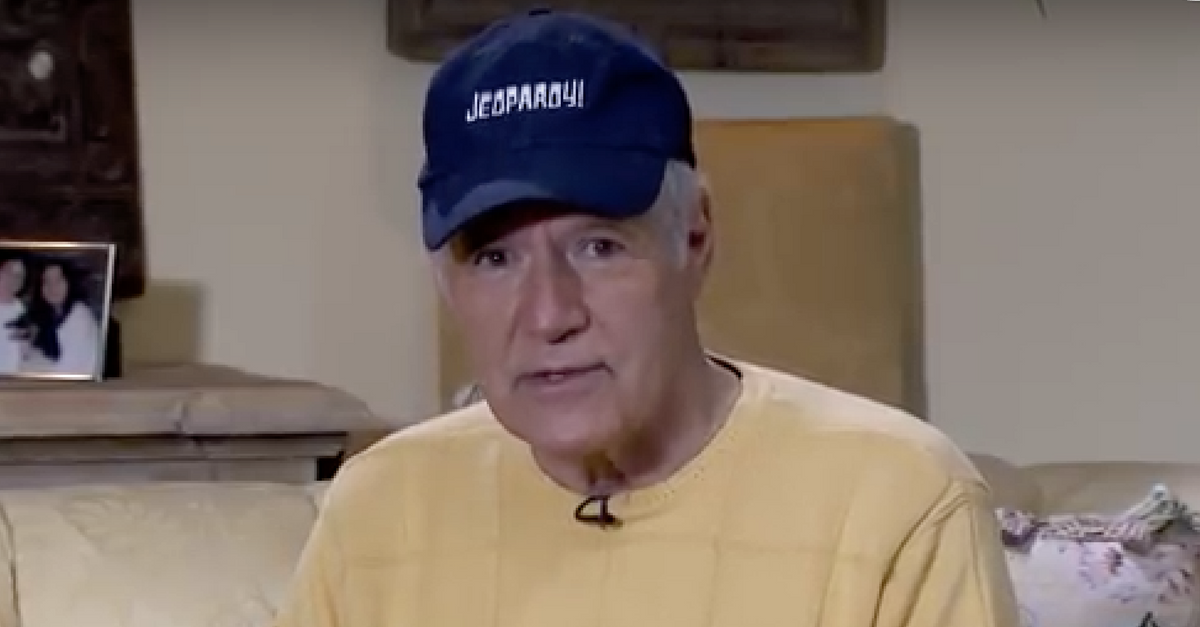 Alex Trebek is taking a brief medical leave of absence from the hit game show “Jeopardy!” to recover from brain surgery he recently underwent following a scary fall back in October, he revealed on Thursday.

The “Jeopardy!” host updated fans on his health in a YouTube video on Thursday, courageously admitting that he has had “a slight medical problem.” He suffered a bad fall back in October, and ended up needing to have brain surgery during the show’s holiday break in order to remove blood clots on his brain caused by the fall ? a condition called subdural hematoma. Fortunately, he was released from the hospital just two days after the procedure last month and is expected to make a full recovery.

“The prognosis is excellent and I expect to be back in the studio taping more ‘Jeopardy!’ programs very, very soon,” he explained in the video, appearing to be in both good health and good spirit.

RELATED: Watch what happens when a ?Jeopardy!? contestant answers a clue with an -er instead of -a

As a result, Trebek is expected to return to filming “Jeopardy!” in mid-January. The show’s long lead time on taping will luckily require just one small change to its on-air schedule, shifting the College Championship episodes from March to April.

Trebek, who has hosted “Jeopardy!” since 1984, has had a few minor setbacks during his career ? tearing his Achilles tendon in 2011, suffering a mild heart attack a year later and undergoing a full knee replacement in 2015. While his medical needs have occasionally postponed the show’s taping, nothing has yet broken his 33-year streak of hosting the show.

“I want to thank all of you for your concern,” he told viewers.

RELATED: A former ?Jeopardy!? champ may be trading in her winnings for jail time after a hacking investigation