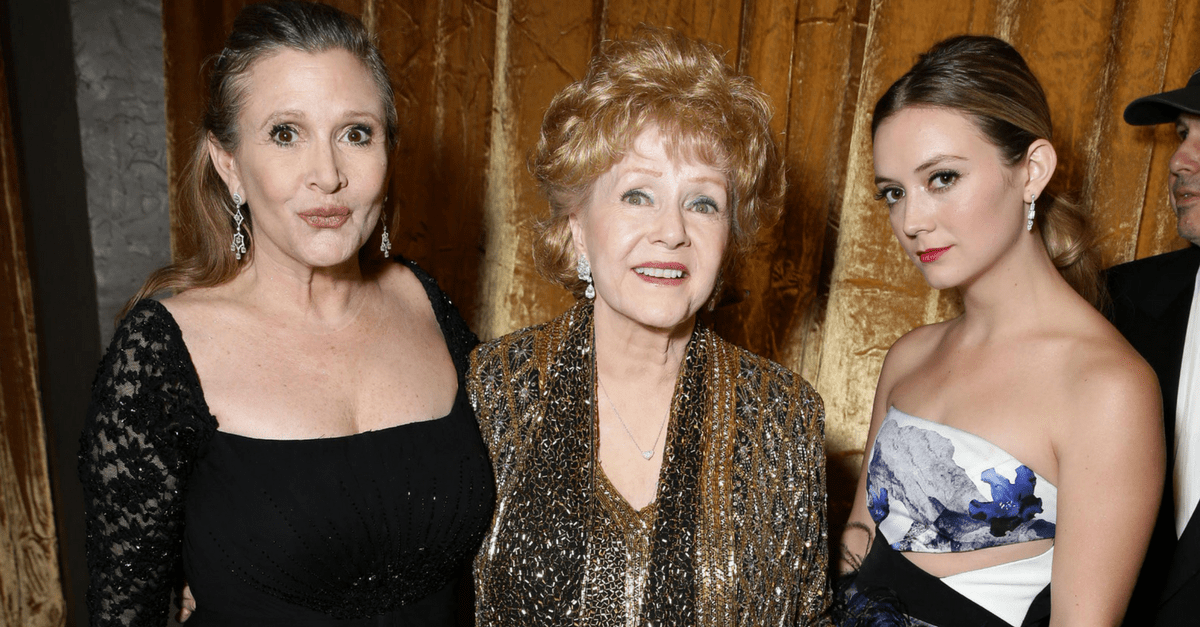 Billie Lourd got emotional opening up to Ellen DeGeneres on Tuesday about losing her mother Carrie Fisher and grandmother Debbie Reynolds, saying, “I got a lot of goddesses [in my life].”

“Yeah, it’s completely surreal. There’s no way to really explain it,” she said. “It’s so hard to talk about. I don’t know, if I say that I’m doing good, I’m too happy. And if I say that I’m not doing good, then I’m a mess. So it’s really hard to know what to say about it, because it is just so surreal and impossible to deal with.”

RELATED: Here’s exactly how much Billie Lourd is set to inherit from the late Carrie Fisher’s estate

The 25-year-old actress appeared alongside Fisher in both “Star Wars: The Force Awakens” and “Star Wars: The Last Jedi,” which was filmed prior to the Fisher’s death in December 2016. Lourd called the experience “incredible.”

“I’m a big believer in things happening for a reason, and I think I ended up in that movie for a reason,” she said. “It was really incredible for us to get to have that experience together.”

Fisher passed away in December after going into cardiac arrest on a flight at the age of 60. Her mother Debbie Reynolds followed one day later after having a stroke. Lourd has since been named the sole beneficiary of her mother’s estate.