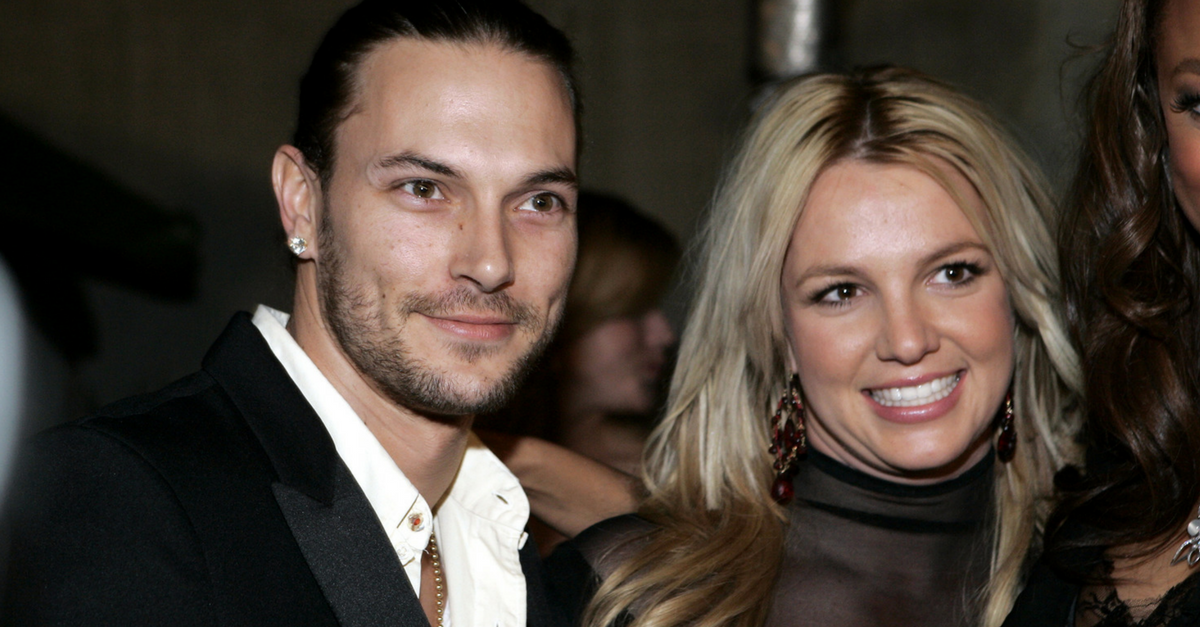 AP Photo/Danny Moloshok, FILE
Kevin Federline asks for an increase in child support from Britney Spears. (**FILE** Britney Spears, right, and her husband Kevin Federline are seen in this Feb. 8, 2006 file photo in Beverly Hills, Calif. Federline's lawyer wants Britney Spears to pay some of her ex-husband's legal expenses in their divorce case, court documents show. Attorney Mark Vincent Kaplan said in an Aug. 26, 2007 declaration that Federline has "no net income" after various expenses, and that his spousal support of $20,000 a month ends in November. Spears, meanwhile, brings in an average monthly income of $737,868. The couple's divorce became official July 30, 2007. (AP Photo/Danny Moloshok, FILE)

After seeing how successful her four-year Las Vegas residency has been, Britney Spears’ ex-husband Kevin Federline is asking for an increase in child support.

Federline’s attorney reportedly recently sent the pop singer a letter indicating that he would like to renegotiate the $20,000 monthly payment he currently receives from her for their two sons, Preston, 12, and Jayden, 11. Married from 2004-2007, the former couple decided on that amount after Spears lost sole physical and legal custody over the children and was placed in a still-ongoing conservatorship under the care of her father during their highly-publicized 2008 divorce. However, now that her residency has gross over $137 million in four short years, Federline is looking to cash in, believing the success of her show was “in part because the boys have been in her life.”

RELATED: Super fit Britney Spears leaps for joy in her latest stunt and completely blows us away in the process

“Kevin has always been supportive of Britney?s recovery and has always recognized what a great mother she has been,” a source familiar with the situation told US Weekly. “Britney?s entire world are the boys, period. She just lights up when she is with them.”

However, Federline additionally feels he’s entitled to an increase in child support in order to “recognize the sacrifices he has made because he has gone above and beyond what most people would do in this situation.”

Both Spears and Federline are reportedly hoping to reach an agreement outside of court, with the insider adding, “Britney won?t be involved with any of the legal discussions regarding the increase request. She will let her dad, Jamie, and the lawyers hash it out. However, Jamie isn?t just going to fork over what he would consider an outrageous demand.”