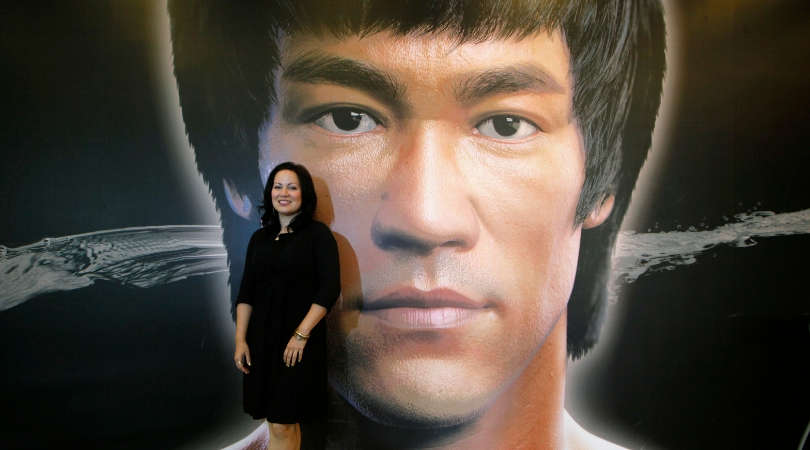 How Bruce Lee, Hollywood icon for the martial arts, died was perhaps the most anti-climatic and most perplexing manner. But before this, the actor was praised for his speed, accuracy and high kicks in films Fist of Fury, The Big Boss, Golden Harvest’s Way of the Dragon, and a tv show The Green Hornet.

Lee was a successful actor-director, martial artists, martial artist instructor, and philosopher. He even founded a hybrid martial arts philosophy, Jeet Kune Do. Bruce Lee helped bridge the gap between eastern and western cultures. He taught many Wing Chun style to students, teaching the likes of Steve McQueen and Kareem Abdul-Jabbar.

In May of 1973, in the midst of dubbing Enter the Dragon in Hong Kong, the budding movie star fainted unexpectedly. Rush to the hospital doctors diagnosed cerebral edema. He was administered medication and returned home later with a regimen to keep the condition contained.

Two months later, in Hong Kong with his wife and business associates, Lee met up with George Lazenby, an actor who he’d planned to make a movie with. The accounts of the events leading up to Lee’s death were later told by his wife, Linda Lee. Lee and producer Raymond Chow met at the Lee home at 2pm. At 4pm they drove together to see actress Betty Ting Pei. They went over the script for their upcoming film Game of Death at Ting’s home, where all four individuals were supposed to have a friendly business dinner together. Unfortunately, Lee never made it to the dinner.

Lee started to experience a headache and asked Ting for a painkiller, so Betty Ting Pei gave him Equagesic. He went to lie down for a nap. When she tried to wake him and he was unresponsive, she called Chow, who quickly arrived but was also unable to wake him up. They quickly called Pei’s personal physician, who tried for ten minutes to wake an unresponsive Bruce Lee from his nap. An ambulance was called to take him to the Queen Elizabeth Hospital, which was a twenty-five-minute drive away. It was never disclosed if the drive to the hospital affected his survival, but the actor was pronounced dead upon arrival at the young age of 32.

The strangest things about Lee’s death was not only that he looked completely normal with no visible signs of injury, but that he was an extremely fit (and arguably healthy) man. The subsequent autopsy report suggested that his brain had swollen 13% while he slept. This happened in an allergic reaction to the Equagesic- which contained aspirin and meprobamate, a tranquilizer. The tranquilizer in the painkiller, meprobamate, was the culprit. The official cause of death was “death by misadventure”- which means he took a risk voluntarily and died in an accidental manner. The “misadventure” in this case was called ‘cerebral edema’.

Bruce, Linda, and crew before dinner at the Fist of Fury premiere.

The swiftness of the martial artist’s death had the rumor mill spinning, of course. Some fans blame Betty Ting Pei. Chuck Norris, a friend of Bruce Lee, belives his death was caused due to the reaction of the ‘antibiotic’ he was given the night he died in conjunction with a muscle relaxer had been taking since sustaining an injury in 1968. When Linda Lee returned to Seattle after her husband’s death to have his body buried near he,  some fans suspected that he was actually still alive because his coffin was switched before the burial.

Those who disagreed of Lee teaching martial arts to Americans probably thought it was some karmic resolution. Others alleged that the death was from a family curse, that later claimed his son, Brandon Lee’s life, while he was also filming a hit Hollywood movie The Crow.

A biography entitled Bruce Lee: A Life (available on Amazon) by author Matthew Polly recently offered a new look at the actor’s death. In the book, Matthew Polly shares his theory that he consulted with medical experts over with. His theory was that Lee’s cerebral edema was caused by over-exertion and heat stroke. Heatstroke had never been considered before in Lee’s death, but the reason he claims heat stroke is somewhat valid.

In 1972, Bruce Lee had his underarm sweat glands medically removed as they were deemed to be they were unattractive on film. The lack of these glands would have caused his body to overheat while practicing for the movie and dubbing in a small, under-ventilated room. As science advances, it seems there is always something else to learn. Does anyone buy this as his cause of death, though?