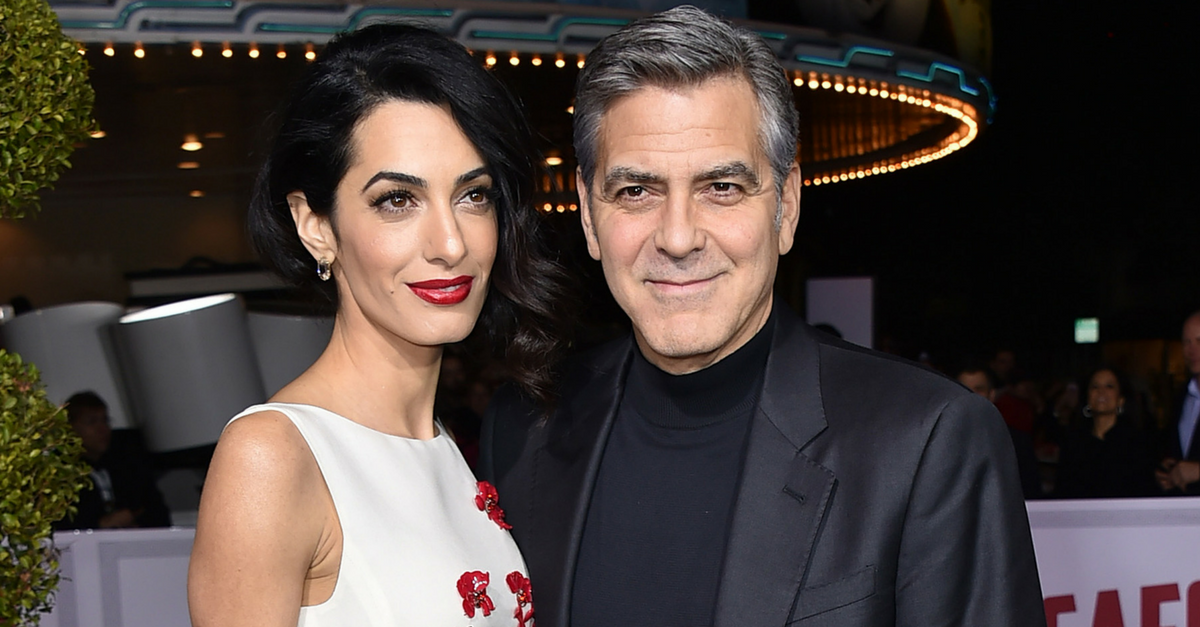 George and Amal Clooney showed their support for the March for Our Lives moment by donating a $500,000 check.

Over the weekend, students at Marjory Stoneman Douglas High School in Parkland, FL announced that they plan to march on Washington, D.C. to call for stricter gun laws. The March is scheduled for March 24.

Following the announcement of the march date, the Clooney’s released a statement saying they support the cause and donated to the passionate students’ efforts.

“Amal and I are so inspired by the courage and eloquence of these young men and women from Stoneman Douglas High School,” George told E! News. “Our family will be there on March 24 to stand side by side with this incredible generation of young people from all over the country, and in the name of our children Ella and Alexander, we’re donating $500,000 to help pay for this groundbreaking event. Our children’s lives depend on it.”

This isn’t the only time the high-profile couple has come to the aide of those facing tragedy. Most recently, George and Amal donated $1 million Southern Poverty Law Center, a non-profit that strives to put an end to domestic hate groups and extremists, in response to the violence in Charlottesville, Va in August 2017.

According to the official website, marchers will “will take to the streets of Washington, DC to demand that their lives and safety become a priority. … The collective voices of the March For Our Lives movement will be heard.”

The mission statement continued, “Every kid in this country now goes to school wondering if this day might be their last. We live in fear.  It doesn?t have to be this way. Change is coming. And it starts now, inspired by and led by the kids who are our hope for the future. Their young voices will be heard.”

The Clooneys aren’t the only celebrities showing their support for the movement. Lady Gaga recently applauded the bravery of the young students who are calling for change on Twitter.

“Parkland Survivors and others that are standing up through the media are so brave and are true role models. I?m speechless at their courage. And so proud that these kids and young adults are our future. #GunControl #ParklandStudents The question now is will our leaders listen,” she wrote.