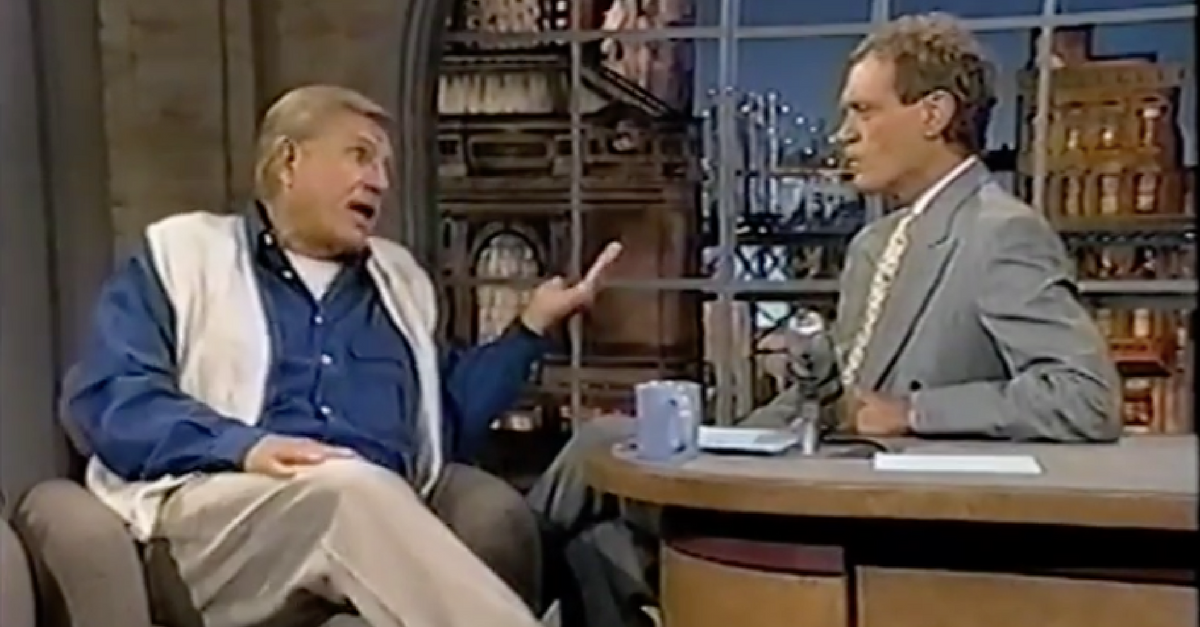 When Jerry Van Dyke made an appearance on David Letterman’s “Late Show” back in 1994, audience members were in for quite the treat.

The comedian joined the show to huge applause and immediately got down to his usual antics, cracking jokes with both the host and Letterman’s other guest, making funny faces and even marking the first time (according to Letterman) that anyone snorted while laughing on the show.

When Letterman brought up the possibility of Van Dyke getting plastic surgery as he gets older, he quickly shouted, “No!” before using his hands to stretch his face to the sides, mimicking a facelift.

RELATED: Dick Van Dyke and his family suffer a heartbreaking loss weeks after their last Christmas together

The comedian then went on to continue to joke about aging, insisting that one day “your ass disappears,” and he even stood up to put his shrinking behind on display ? much to the pleasure of the audience.

“I kind of wish your ass would disappear,” a less pleased Letterman quipped back.

After the commercial break, the pair continued to banter back and forth in between clips from Van Dyke’s stand-up routines on military bases. They even discussed his Arkansas ranch, where he sadly passed away on Friday, and Van Dyke told a hilarious story about the very expensive llamas he ended up with.

The comedian and actor passed away Friday afternoon, his wife Shirley confirmed on Saturday, adding that his health had been deteriorating ever since the pair was involved in a car accident two years ago. While his official cause of death has yet to be determined, Shirley also revealed that brother Dick Van Dyke was able to visit him one last time over Christmas. He was 86 years old.

RELATED: Remember Jerry Van Dyke?s comedic genius with one of his most memorable scenes