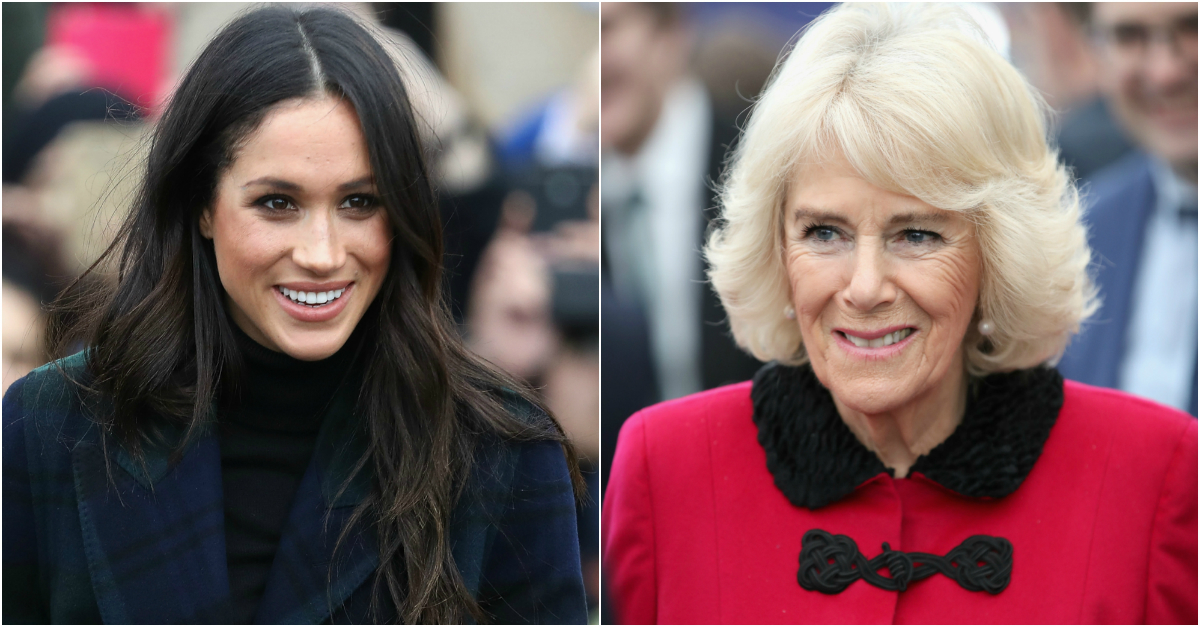 Bride-to-be Meghan Markle has allegedly been feeling “overwhelmed” by the prospect of her new life as a member of Britain’s royal family, The Daily Mail reports.

The Duchess of Cornwall allegedly “told Meghan to get herself to Clarence House so they could have a good long chat,” a source told the paper. “The aim was for Meghan to be able to air any worries or grievances and for Camilla to help alleviate them.”

“Meghan may appear confident when on Royal walkabouts, but she does have some pre-wedding butterflies — not about Harry, but about her new life,” the source added.

“As [Princess] Diana once famously said, there is no manual, so Camilla is the best thing Meghan has. Camilla is happy to help.”

Meghan is also rumored to be feeling constrained by her new living arrangements at Kensington Palace.

“KP is beautiful, but when Meghan wakes up she has nowhere to go, really. She can’t potter about on the High Street, attend gym classes or jog around Hyde Park. Instead she is confined to yoga at home or visits to Kate and William in Apartment 1A,” the source said.

“Understandably, Kate is unable to give Meghan her undivided attention. Although she is happy to advise Meghan, she is busy with her two children and, of course, she is way into her third pregnancy,” the source added.

RELATED: Prince Harry and Meghan Markle’s guest list is filling up — will his low-profile stepsister make the cut?

The countdown to Meghan Markle and Prince Harry’s highly anticipated royal wedding is on, and now we have even more information about their big day!

On Feb. 12, the couple released more details about their upcoming “I do’s” with statements posted to the British Monarchy’s official social media accounts. It was previously announced that Markle and Harry will wed on May 19 at St. George’s Chapel at Windsor Castle, but now royals fans know exactly what time to tune in.

Prince Harry and Ms. Meghan Markle have announced further details of their wedding in May.They are looking forward to…

“[Harry and Ms. Markle] are looking forward to sharing their celebrations on the day and would like to thank the public for the good wishes they have received since announcing their engagement,” the Palace began the statement. “The wedding service will begin at noon [7 a.m. EST] on 19 May at St George’s Chapel. The Dean of Windsor will conduct the service, and The Archbishop of Canterbury will officiate.”

The fun really gets going after the ceremony, when the couple will take the traditional carriage procession through Windsor Town.