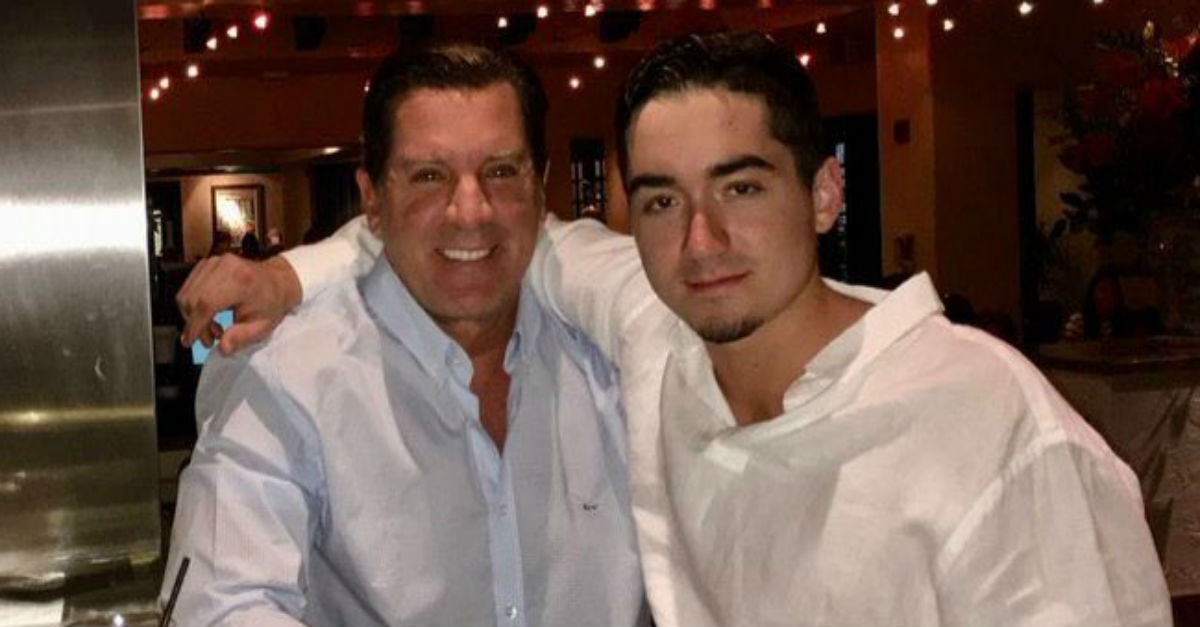 Eric Bolling has taken on an important fight following the death of his son, Eric Chase Bolling, last year.

The former Fox News anchor and his wife suffered a tremendous last year after their 19-year-old son accidentally overdosed. The drugs reportedly found in his system included cocaine, marijuana, Xanax and fentanyl — a drug often found in lethal batches of heroin.

In an op-ed penned for CNN, Bolling announced that he had been working with President Trump to bring awareness to opioid addiction:

It was President Trump [calling my phone]. “Eric, I know this is your first holiday without your son. I just wanted you to know we are thinking about you.” I realized then that President Trump, the man who I supported since the first day he announced his run for the White House, had an empathetic and compassionate side most never see.

For the past few months I’ve been working directly with President Trump and his senior advisers handing the White House’s opioid awareness initiatives.

“It was a complete, devastating shock to us,? Bolling said of how his son’s death affected him and his wife, Adrienne, in an interview on MSNBC’s “Morning Joe” last week. ?Adrienne spilled out onto the road. I picked her up. We sat on the curb for a while, and your mind goes to a place I can?t explain. ? Immediately we were in major, major depression. We didn?t know what to do.”

He also spoke of Trump and the opioid crisis, saying, “He cares about this issue. ? The guy has empathy and compassion for this.”

RELATED: 100 days after his son?s death, Eric Bolling has an emotional message for other families who are struggling