The drama has been burning up on the dance floor between “Dancing with the Stars” pro Maks Chmerkovskiy and his season 25 partner Vanessa Lachey.

On Monday, Chmkerovskiy made waves when he bowed out of Guilty Pleasures night for “personal reasons,” forcing fellow pro Alan Bersten to fill in with Lachey.

PEOPLE reports that Chmerkovskiy will put on his dancing shoes for this coming Monday’s show, but he and Lachey have yet to resolve their issues.

“They’ve been bickering since week one, and he finally just had enough of it,” a source told the publication.

“They aren’t the first couple to have issues on ‘DWTS,’ and they won’t be the last,” the source continued. “The pros are just as, if not more, popular than the stars when it comes to ‘DWTS’ fans, and Maks is one of the show’s most recognizable faces. They definitely will want him and Vanessa to play nice for the camera, but I wouldn’t expect them to last long if they don’t find a way to actually work together.”

A post shared by Dancing With The Stars #DWTS (@dancingabc)

Another insider told US Weekly that the two have strong personalities and “disagree about everything.”

“They refuse to give in to one another,” the insider said. “They’re playing nice for the cameras, but both are miserable paired with each other.”

The feuding duo’s real-life spouses, Peta Murgatroyd and Nick Lachey, are paired together for the season, and according to insiders, things are great between them despite the drama between Chmerkovskiy and Vanessa Lachey.

“Nick and Peta are totally fine,” the source told US. “Nick is awesome. He’s very laid back and sweet. Peta just goes with the flow, she’s easy.” 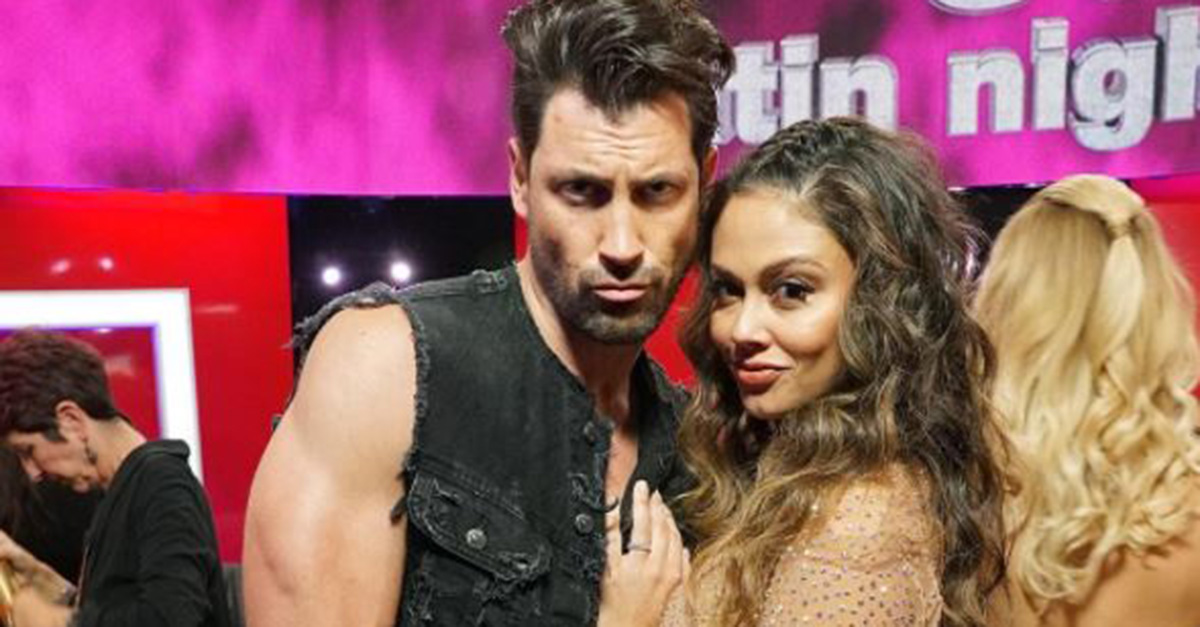