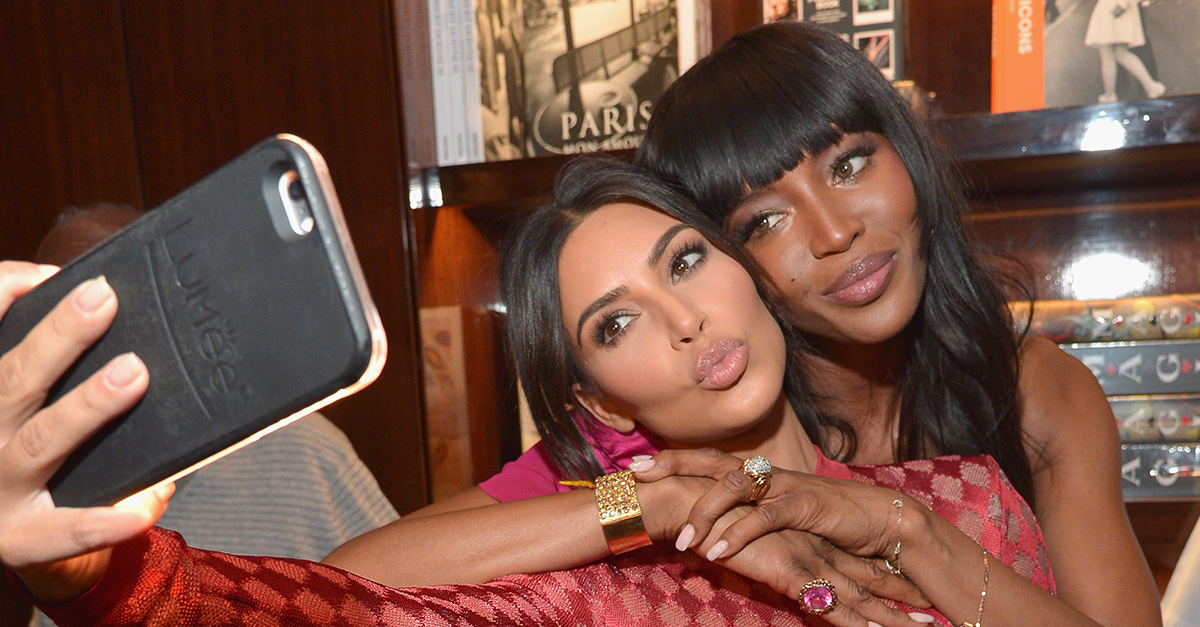 Why, yes, Kim Kardashian West can be self-absorbed, and she has no problem admitting it.

The reality star took to social media on Monday and revealed that she is, in fact, aware that people find her to be self-centered, and she doesn’t care who knows it.

“Is it me, or is @KimKardashian Sooo Self-absorbed.. even when she?s saying Nothing.. lol,? a fan wrote, adding, “& I Like the Kardashians #KUWTK.?

Just moments later, the reality star responded to the fan and agreed!

No it’s not you, I totally am! https://t.co/9ZxgPyVkko

The new mom-of-three — to daughters North, 4, and Chicago, 1 week; and son Saint, 2 —  is no stranger to sharing photos of herself all over the internet.

Clearly not much has changed with the reality star in the last 11 years since the family first graced our television screens.

Who could forget the glorious vintage “Keeping Up With The Kardashians” moment when momager Kris Jenner scolded Kardashian West for taking selfies while the family joined sister Khloé Kardashian as she reported to jail for violating probation after her 2007 DUI arrest?