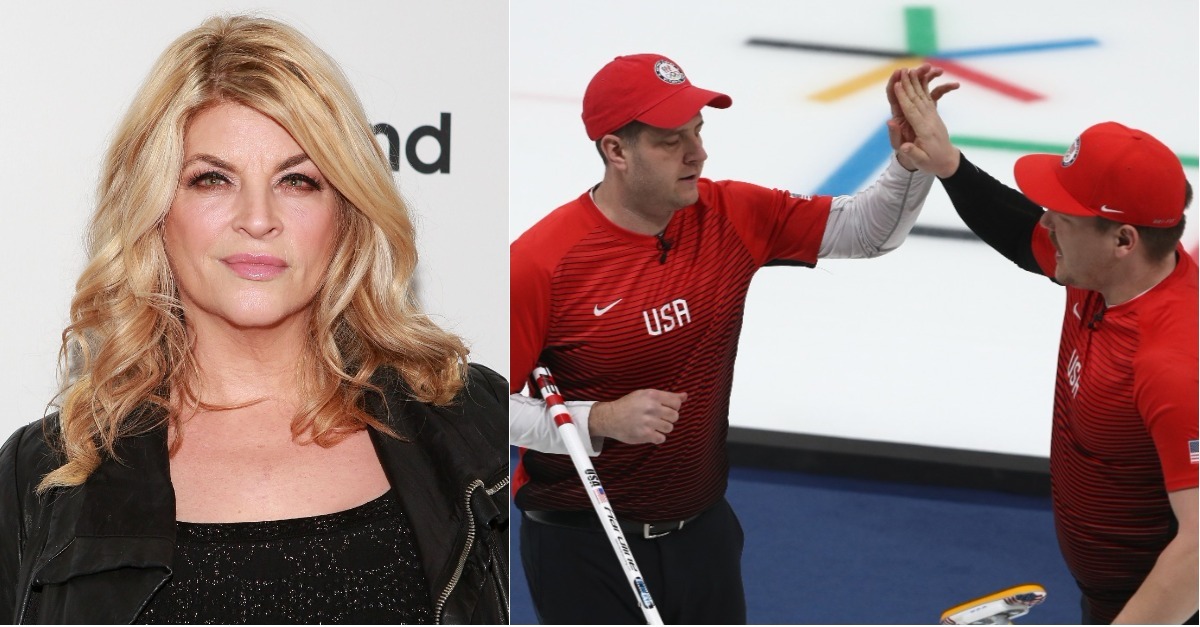 Given that their sport is considered to be rather polite in the athletic world, who knew curling players could be so sassy?

RELATED: All of the curling stones used in every Olympics have come from the same small island

Thus was the case on Monday after former “Cheers” star Kirstie Alley let the world know exactly what she thought about the Olympic sport.

“I’m not trying to be mean but…… Curling is boring,” she tweeted, just before she learned not to mess with the United States team.

From their official handle, Team Shuster clapped back at the actress and her career.

“We’re not trying to be mean either but your movies weren’t exactly riveting theater Kirstie,” they tweeted, adding “#justsaying.”

We’re not trying to be mean either but your movies weren’t exactly riveting theater Kirstie. #justsaying #curling #rockit #TeamUSA https://t.co/8q9KtxvCPe

Team member Matt Hamilton, also threw his own shade at Alley, replying to her message, “You’re entitled to your wrong opinion.” The 67-year-old actress, known for classics like “Look Who’s Talking” and “Summer School,” took the jabs in good fun and replied with laughing emojis.

You're entitled to your wrong opinion

The American team was likely riding the high after finally defeating their Canadian counterparts on Sunday. The dramatic victory marked the first time Team USA beat Canada in the Winter Games.

“It was good to bounce back,” said team skip — the curling term for captain — John Shuster to the Star Tribune. “Let’s just hope it’s not too late. We kept ourselves in the mix and got a big win over an extremely good curling team. I’m extremely proud of the way the team came together and played.”

While it doesn’t look like this particular feud is going to heat up any further, it hasn’t been the only drama to rock the otherwise super chill (pun intended) world of curling.

While his partner (and wife) was stealing the public’s hearts with her stunning looks, Russian curler Alexander Krushelnitsky is facing a doping charge amid an already scandal-ridden Russian team. With a bronze medal under his belt, the team stands to lose their win.