All schools in Stark County, Ohio went into lockdown early Tuesday morning after a seventh grade student at Jackson Memorial Middle School located near Massillon went into a bathroom around 7:50 a.m. and shot himself.

It’s not clear at this time if the self-inflicted gunshot wound is life-threatening, but the student was taken to a hospital and is being treated.

Investigators say no other students have been hurt and they don’t know yet whether the shooting Tuesday morning was intentional. It’s also not clear at this time how this minor came to possess a gun.

Parents waiting to reunite with their kids. @wews pic.twitter.com/9MFR9QmJjm

Parents rushed to Jackson Middle School, near Massillon, to pick up their children after the school sent out a notice about the shooting.

#BREAKING: School officials say a 7th-grader shot himself inside Jackson Memorial Middle School, in Jackson Township, Ohio. No word on whether the incident was intentional or accidental. Live at the scene: https://t.co/CUW7QSayal pic.twitter.com/QC6XjMtKt9

Authorities and school officials say they don’t know whether the student was alone at the time of the shooting and haven’t released any other details about what happened.

Massillon is located about 50 miles south of Cleveland.

Students are being dismissed from classes today, but parents have been waiting for hours to reunite with their kids.

Students are being dismissed from class today. School officials are working on getting info out to parents now. pic.twitter.com/HSBkaYUg81

Parents have been at Jackson Memorial Middle School for three hours. They are frustrated and growing impatient.

News 5 in Cleveland spoke with a worried mom about what it was like to learn that her daughter’s school was in a lockdown. She said she “thought it would never happen here.”

“I received a phone call from the superintendent that the middle school and high school was on lockdown and all the elementary schools would be closed. I just pulled in waiting to hear further information,” Gina Larkins said. “I just want to get my daughter and hug her and hold her. I thought it would never happen here but obviously, that is not the case.” 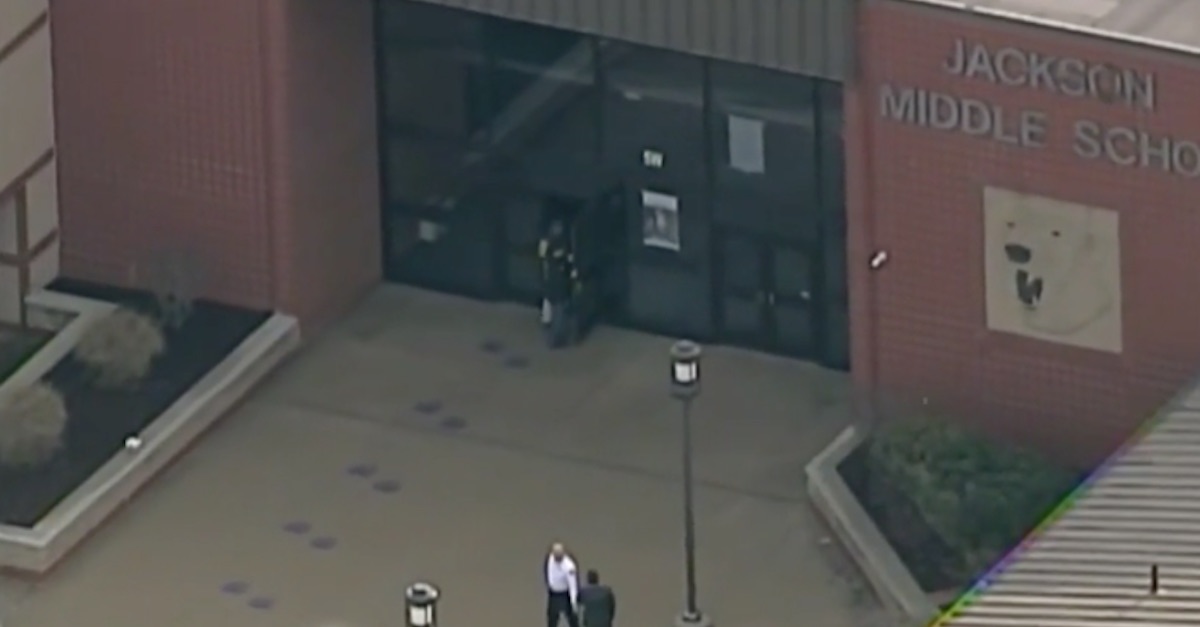