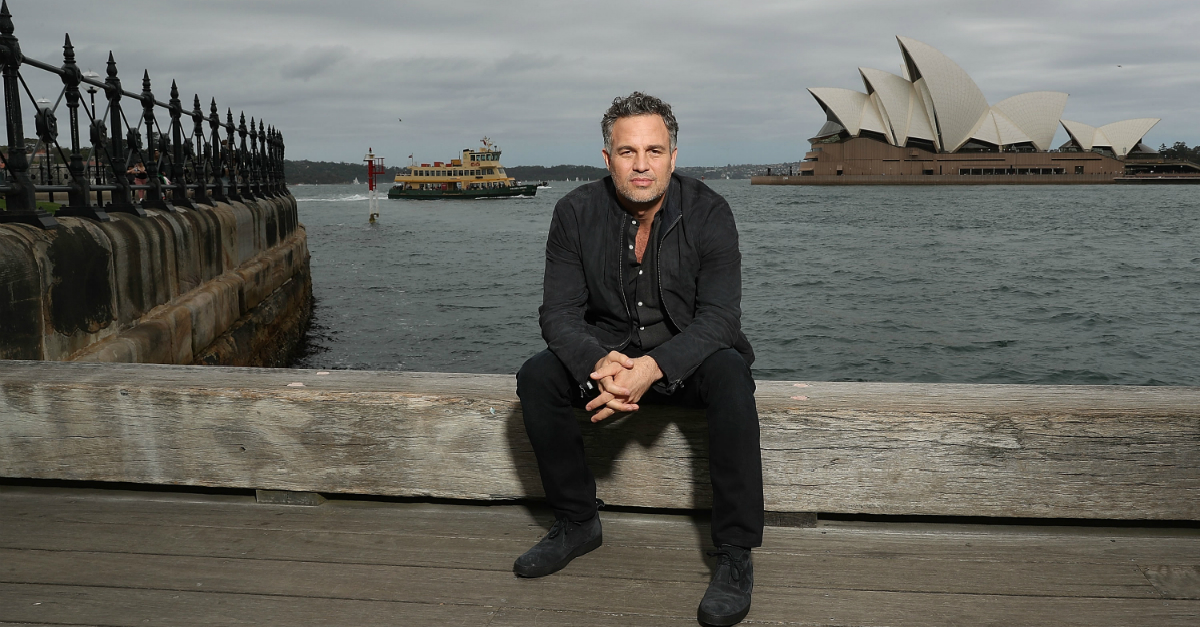 Actor Mark Rufallo has shared a photo from the set of “Avengers: Infinity War,” capturing a moment from his last day of work on the upcoming super-hero blockbuster — but something about his choice of phrasing rubbed a few fans the wrong way.

“Saw this on Reddit. Haha. My last day on ‘IW.’ The final exit,” Ruffalo captioned the image of himself carrying a bindle on a stick and walking away in a similar fashion to the Dr. Banner from the old “Incredible Hulk” TV show. Most people assumed the star was referencing his final day on set, but others seem to think he could be leaving the franchise entirely!

the final exit my ass, you're not going anywhere, i forbid it

what are you talking about??? "final exit"??? YOU BETTER NOT BE DEAD

DONT SAY IT, DONT TRY IT MARK YOU'RE NOT GOING ANYWHERE

Mark Ruffalo joined the Marvel Cinematic Universe in 2012 with “The Avengers,” as Bruce Banner/the Incredible Hulk.

RELATED: Mark Ruffalo asks Twitter to help name his band, and the puns come flying in