‘Street Fighter’: Nancy Pelosi Says She Would Have Fought Off Capitol Rioters 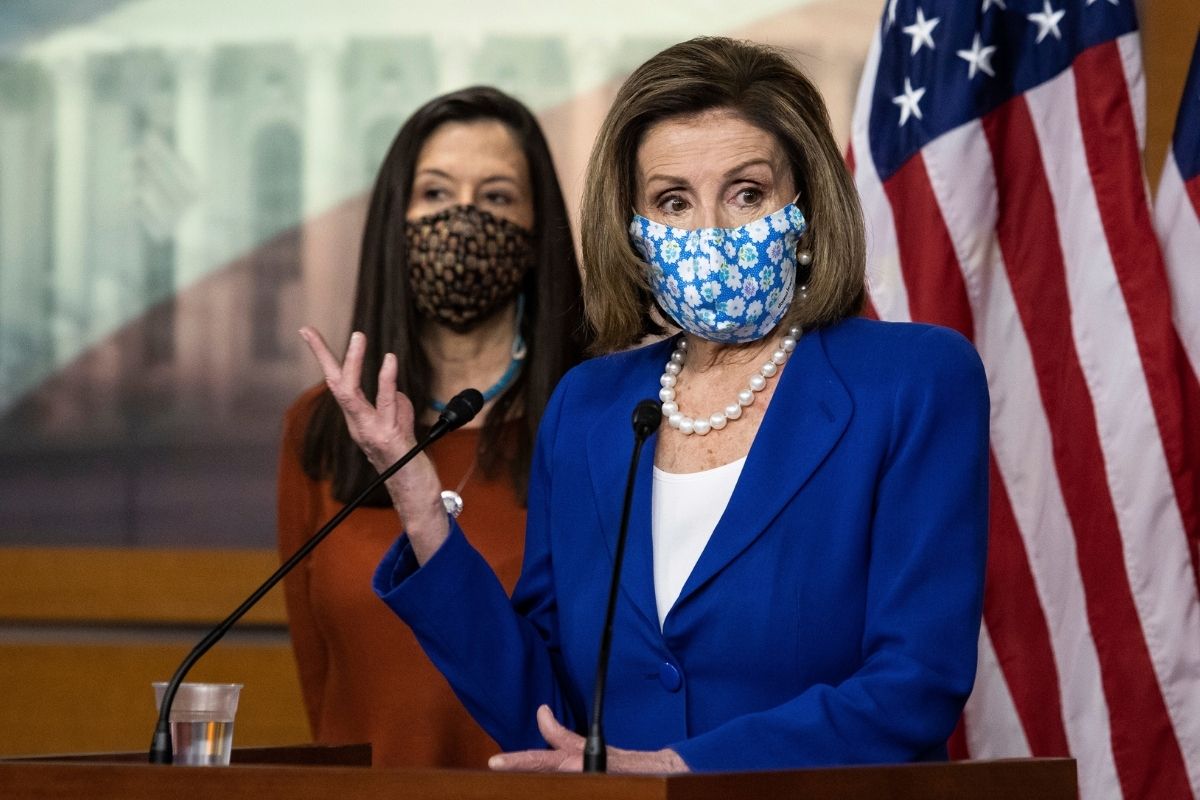 It looks like House Speaker Nancy Pelosi is ready to put some hands up. Apparently, the House Speaker claims that the street rioters from the U.S. Capitol attack would have had a ?battle on their hands? if they would have encountered her, declaring that she is a street fighter. During an interview with USA Today, she acknowledged that the rioters had intended to reach herself and other targets, such as Former Vice President Mike Pence. She stated, ?That?s what they were setting out to do. Well, I?m pretty tough. I?m a street fighter. They would have had a battle on their hands.? Laughing at her comments, she also lifted her foot to show off for 4 inch high stilettos saying that she would have used those as her weapons.

In the interview, Pelosi also described Biden’s start for the new Congress and his first 100 days in office. She called the president very skilled in politics and bolder than most had expected. She said Biden was ?transformational, visionary and experience.? Pelosi said that she would introduce legislation to harden Capitol Security, saying she would support the installation of retractable fencing to be deployed only when a security threat was demanded.

Nancy Pelosi AKA ‘The Street Fighter’

Nancy Pelosi says the Jan. 6 mob was 'setting out' to kill her. She adds that if they had caught her they would have had a battle on their hands https://t.co/zyPLpYB0em via @SusanPage @LedgeKing

She also suggested she might move to establish a select committee in order to investigate the Capitol riot in the efforts to create a special 9/11 style commission failed. She noted, ?The one thing among our members that is consistent is ? we must find the truth.” While she has pushed for the creation of an independent panel, she said that goal could also be reached through investigations by the standing committees of Congress, some now underway, or by a select committee.

During the attack, several members of Congress (Both Republicans and Democrats) were forced to evacuate in gas masks after former President Donald Trump supporters took over the Capitol, fought off Capitol Police, and then breached the building as vice-president, Pence was presiding over proceedings to certify President Joe Biden’s election at that time. Richard Barnett, who was one of the rioters, went viral for several photos of his feet on a desk located in Nancy Pelosi’s office. According to prosecutors, the suspect was carrying a stun gun.

Rioters also created a makeshift noose and table outside of the Capitol shouting ?Hang Mike Pence? as they stormed inside. Pelosi, Pence, and several other Congressional leaders were all evacuated within moments of the building being breached. Unfortunately, the chaos resulted in five deaths including that of Capitol Police Officer Brian Sicknick. Another Capitol Police officer and a DC Metro police officer committed suicide a few weeks after the incident.