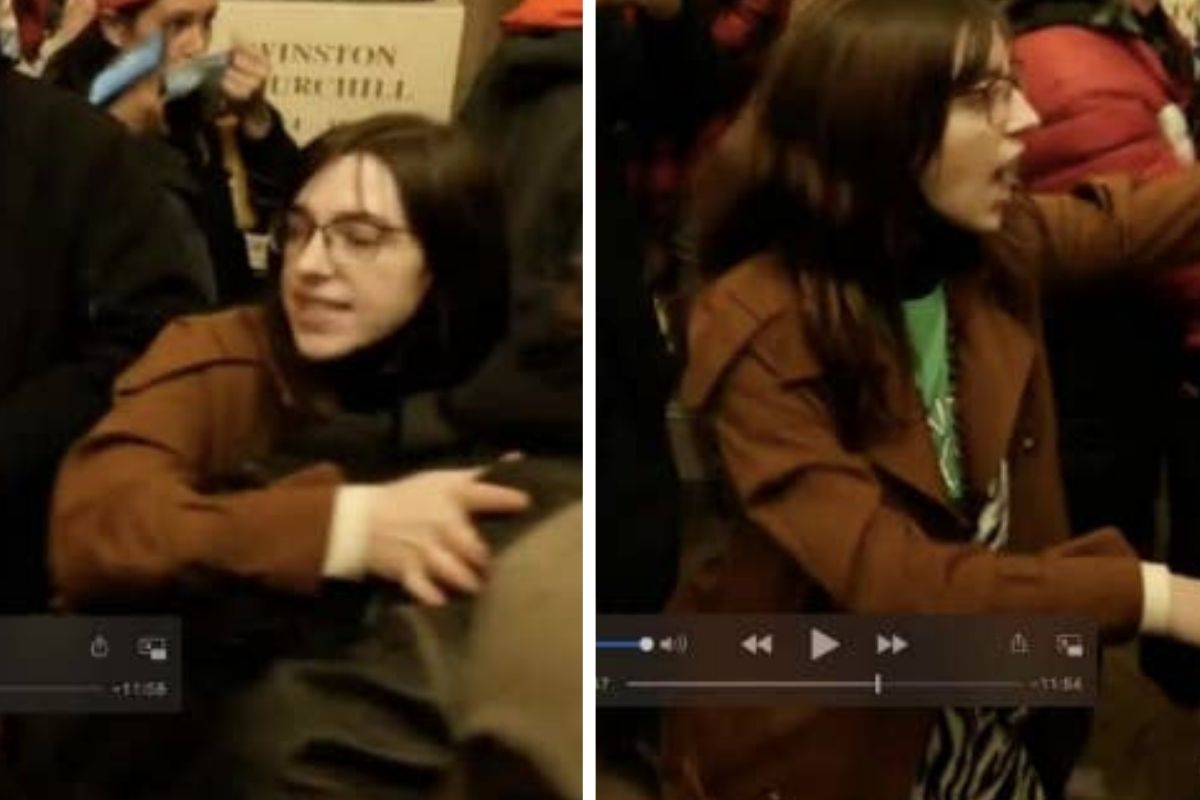 Editor’s note: This article was originally published on January 18, 2021. It was updated on January 19, 2021, after the FBI stated they had arrested Riley June Williams.

Authorities have stated they arrested a woman who the FBI says might have stolen a laptop computer or hard drive from House Speaker Nancy Pelosi’s office during the Capitol Riot earlier this month. The FBI is now investigating whether she actually planned to sell the device to Russia’s foreign intelligence agency. Riley June Williams, from Pennsylvania, was arrested on Monday in her home state on charges related to the January 6th breach of the U.S. Capitol.

This includes entering a restricted building, disrupting the orderly conduct of a government, and engaging and disorderly or disruptive conduct. However, an arrest/complaint warrant stated the FBI is still investigating the claim that William indeed stole the device from the Speaker’s office. According to one witness, who is described as, Williams’ former romantic partner, she “intended to send the computer device to a friend in Russia, who then planned to sell the device to SVR, Russia’s foreign intelligence service.”

The unidentified witness also stated that for unknown reasons the plan fell through and that the woman “still has a computer device or destroyed it.” The FBI noted that the matter is still under investigation. Days after the attack, in which rioters had ransacked Pelosi’s office and ripped a nameplate from above the door, Pelosi’s Chief of Staff Drew Hammill tweeted that a laptop had indeed been stolen from the conference room in the Speaker’s office, but that the device was only used for presentations.

The FBI is reportedly searching for a woman who may have stolen a laptop or hard drive from House Speaker Nancy Pelosi’s office during the January 6th attack on the U.S. Capitol building. Authorities are concerned that she may be looking to side with Russians, according to an affidavit filed this weekend. The FBI stated they are looking for Riley June Williams. Williams was last seen in the footage on January 6th in the area of the Capitol riots near Pelosi’s office. According to Politico, the woman was actually directing Donald Trump supporters and then eventually entered the speaker’s office.

The affidavit notes, “It appears that WILLIAMS has fled. According to local law enforcement officers in Harrisburg, WILLIAMS’ mother stated that WILLIAMS packed a bag and left her home and told her mother she would be gone for a couple of weeks. WILLIAMS did not provide her mother any information about her intended destination.” Several conflicting reports had indicated that Williams was in FBI custody and others indicated that her current whereabouts were unknown. According to local media and social media accounts, they claim that she is still missing and is wanted by the FBI; and is now facing several charges related to the incident.

According to BuzzFeed News, those charges include disorderly conduct and entering a restricted building. BuzzFeed pinpointed a woman who matches Willams’ description seen wearing a brown coat and a green sweater while carrying a zebra print tote bag. In the video, she is yelling and directing Pro-Trump rioters towards a staircase screaming, “Upstairs, upstairs, upstairs.” The stairways, according to the FBI, led up to House Speaker Pelosi’s office.

The FBI’s affidavit indicated that a witness, who is a former romantic partner of Williams, identified her and called the FBI tip line to warn Washington authorities that she had discussed moving a piece of technology from Pelosi’s office, either a laptop or hard drive, and that she was looking to pass a device over to foreign agents through a friend in Russia. But, it seems that Williams never seems to sync up with her contacts.

A congressional aide on social media outlets on January 8th, 2 days after the U.S. Capitol riot, stated that a laptop had indeed been stolen, which was used for presentations from a conference room in Pelosi’s office suite. It is not clear whether the laptop is the same one that was mentioned in the FBI’s briefs. Another member of Congress, Senator Jeff Merkley, also stated that a laptop was taken from his office. The incidents reportedly have security officials concerned that National Security equities will fall into the wrong hands.