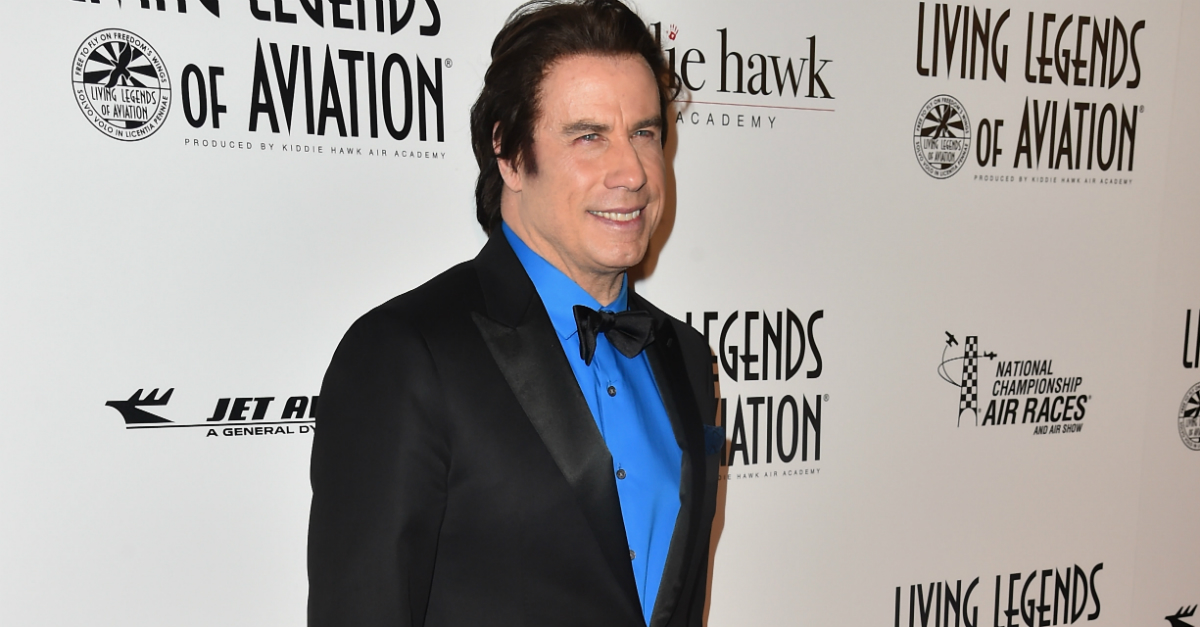 Well, he finally ditched the black hair dye and let his natural color shine through.

Of course, we all miss the old Travolta:

Last year was a rough one for Travolta — he was accused of alleged sexual battery after a masseur came forward and said he groped his bare buttocks and exposed himself during a massage in Palm Springs, California, in 2000.

The accuser also said that Travolta made comments about gay sexual fantasies during the alleged incident. Court documents obtained by RadarOnline stated that Travolta said he requested an intimate massage around 1:30 a.m. on Feb. 15, 2000, and continuously removed the towel to expose his bare buttocks despite the employee’s several attempts to cover him up.

The masseur claimed that Travolta asked him to accompany him to the steam room so he ?wouldn?t have to sit alone.? Once in the steam room, Travolta allegedly removed his towel and offered to give the masseur a massage himself.

Travolta faced similar allegations when he was sued after allegedly trying to have sex with a male masseur at the Beverly Hills Hotel in 2012. Travolta, who is married to Kelly Preston, denied claims that he made sexual advances or masturbated in front of the man.

?This lawsuit is complete fiction and fabrication. None of the events claimed in the suit ever occurred,? a spokesperson for Travolta said at the time, according to the Daily Mail.