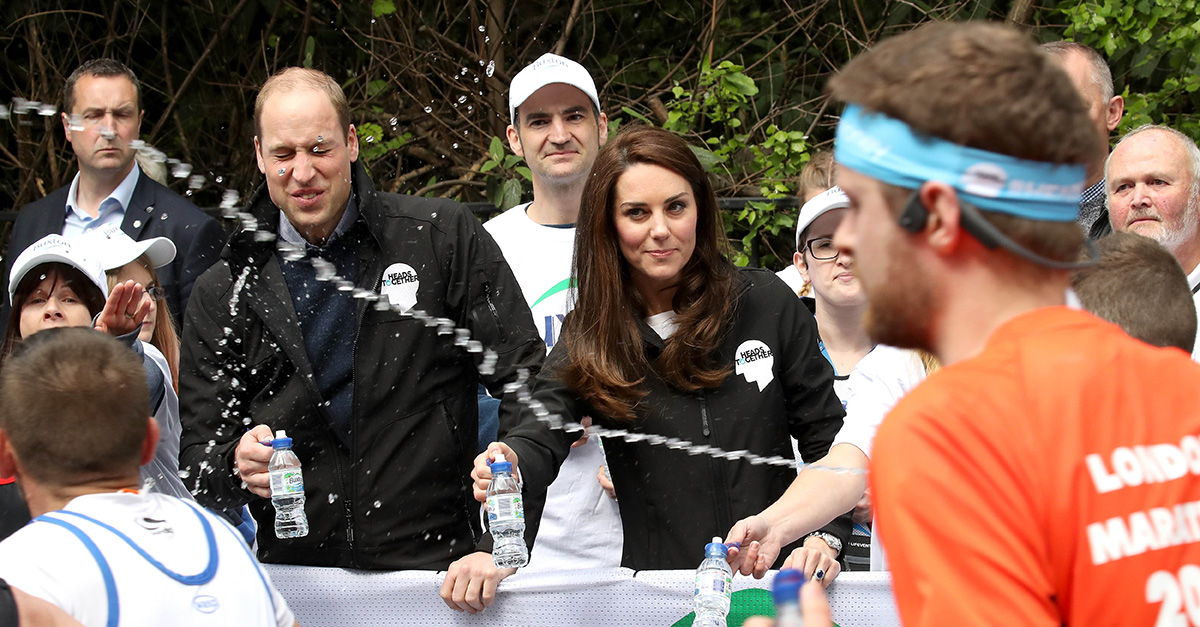 If looks could kill!

Duchess Catherine and Prince William were dowsed with water when a cheeky runner at the London Marathon pranked them by spraying them with a water bottle as they went by.

The royal couple and Prince Harry were cheering runners on at the London Marathon on Sunday and by the looks of it, William took the practical joke much better than his wife. According to the Daily Mail, Prince Harry avoided the surprise splash because he was taking a selfie with another competitor.

William, Kate and Harry were spotted at the starting line for the event and later passed water out to runners during the course. Their charity, Heads Together, was the official partner of the race and works on tackling stigmas, raising awareness and providing vital help for people with mental health problems.

Aside from the little prank, the royals seemed to enjoy their day showing their support for the runners.

The Duke and Duchess of Cambridge and Prince Harry support runners at the @Heads_Together cheering point near The Cutty Sark. Heads Together, the official charity of @LondonMarathon 2017, aims to end the stigma surrounding mental health. Follow link in bio for more.

Harry was also spotted greeting runners with hugs ahead of the race.

At the end of the race, the three young royals passed out medals to each one of the finishers.