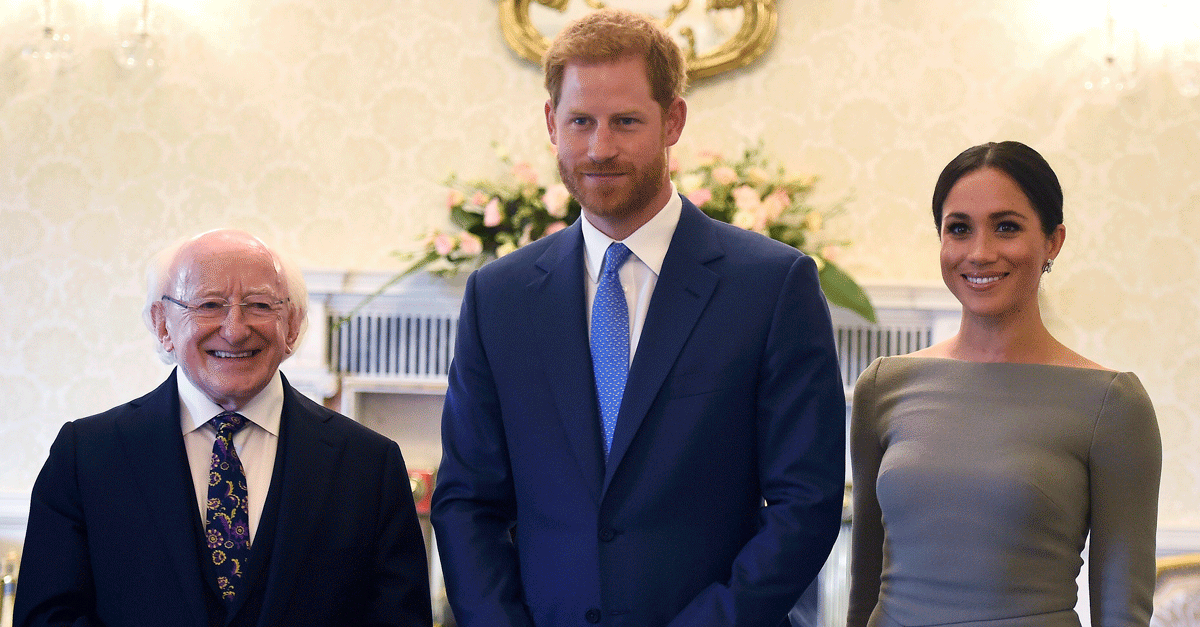 Meghan Markle?s father has spoken, stating he doesn?t believe his daughter is having an easy time adjusting to her new role as a member of The Royal Family.

Thomas Markle, 73, spoke with The Sun on Sunday, stating how he can ?tell? his daughter, who now has public duties as the Duchess of Sussex, is terrified by the look in her eyes. The father, who is American, is mostly concerned with his daughter’s smile.

Catching up from a busy weekend! I absolutely loved both Duchesses outfits at Wimbledon on Saturday! 🇬🇧

The interview comes after Meghan, was seen attending Wimbledon with sister-in-law, Kate Middleton, The Duchess of Cambridge. Middleton is well-known for her Kensington Palace approved wardrobe throughout the years, in which she gained after marrying Prince William.

?I?ve seen her smile for years. I know her smile. I don?t like the one I?m seeing now. This one isn?t even a stage smile ? this is a pained smile, might be just having a couple bad days,? he worries ?she?s under too much pressure.?

Although Meghan has certainly changed her fashion since joining The Royal Family, the Duchess has still been keeping her personal style, by including pieces she would normally wear. Previously, the former Suits star has been seen in very neural-hued colors, swapping out outfits inspired by no other than the Duchess of Cambridge. Yet, Markle stated he was surprised by his daughters dress code, feeling sorry for them not being able to show emotion.

In the same interview, Markle admitted to not have spoken to his daughter since her wedding day, The Duchess married Prince Harry, 33, on May 19 at St George’s Chapel. According to Markle, he has tried calling his daughter, but the phone he was provided is no longer picking up, and he does not have an address for her.

Busy day for the Duchess! 🇬🇧🇮🇪

Markle?s one message to his daughter? An apology. Markle did insist he was sorry for what had occurred leading up to the wedding. According to reports, Markle staged several photo shoots with a paparazzi agency days before the big day.

The next day, he said he would attend the Windsor wedding, only if his doctors signed him off on traveling, after he reportedly suffered a heart attack. However, Meghan confirmed two days before the royal wedding, through an official statement, her father would not walk her now the aisle due to health problems and will stay in Los Angeles.

Meghan?s mom, Doria Ragland, who split from Markle in 1988, was the only relative at the wedding. Prince Charles stepped in Markel’s place, and walked the Duchess down the aisle, in front of 11.5 million world-wide television viewers. Yet, Markle still believes he is being shunned by the Royal Family, after he was set to make over $100,000 in profit from the family.

Markle stated this was his “last interview ever”, (something tell me we might be seeing more of him) and is only doing it to set the record straight, all whilst trying to reach out to his daughter.

Could it be the Duchess is only trying to find her place, and follow Princess Diana’s steps? I mean, it’s only been a couple of months, let the woman breathe a little bit. I’m pretty sure we’d all be scared if we were in that situation, it’s the Queen of England! Surely she must feel pretty nervous trying to adjust to the British culture, all while staying true to her American culture.

Watch: 10 DIY Beauty Scrubs You Can Make at Home