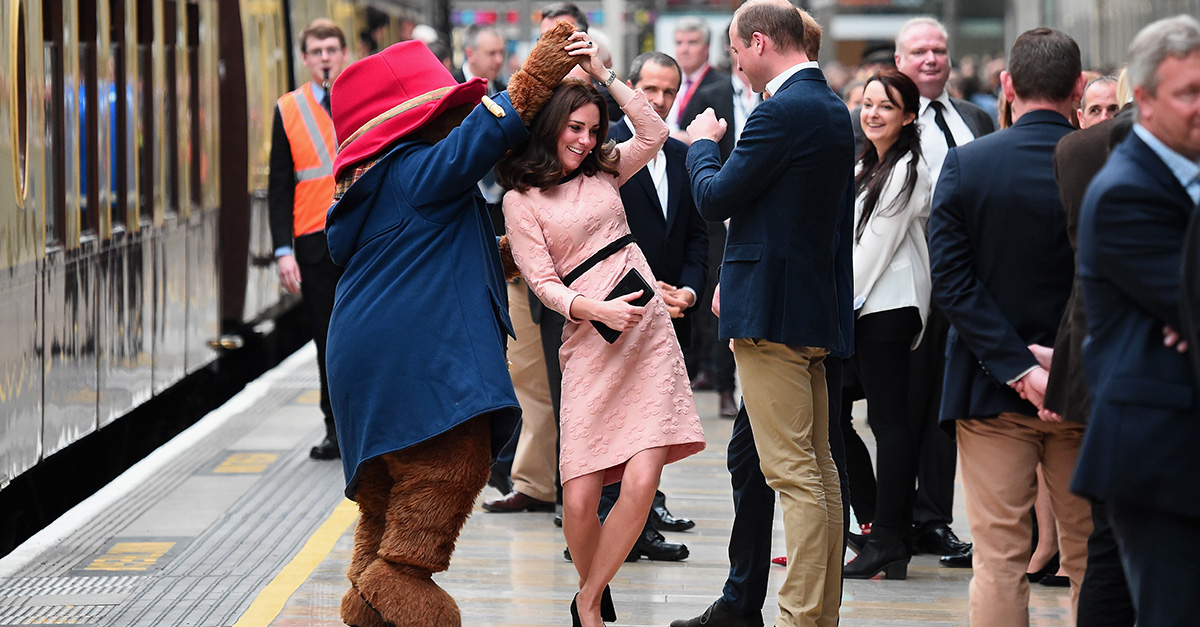 Dancing Queen? Duchess Catherine took a spin with adorably cuddly Paddington Bear on Monday during a surprise appearance with her husband Prince William in London.

The duchess, who announced her third pregnancy in September, surprised Londoners at the Paddington train station with the giant dancing bear. Young guests were taken on a ride in 1920-1930s-era vintage train from the station as part of the royals’ Charities Forum. Before the ride, the beloved character danced with the royals and the children in the crowd.

The lovable character’s next film, “Paddington 2,” premieres in the United Kingdom on Nov. 10. At one point, Duchess Catherine danced with the bear and was spotted spinning around the platform.

Watch: Dancing queen? Kate is taken for a dance by Paddington bear before she waves off a vintage train pic.twitter.com/sfxqwUg089

Children from charities including Place2Be, Anna Freud National Center for Children and Families and East Anglia’s Children’s Hospice were all present for the festivities. The Charities Forum supports more than 30 organizations in which the royals are involved.

This is Duchess Catherine’s second public appearance since sharing the pregnancy news. The Duchess has canceled several appearances as she suffers from hyperemesis gravidarum, acute morning sickness, in her pregnancies.