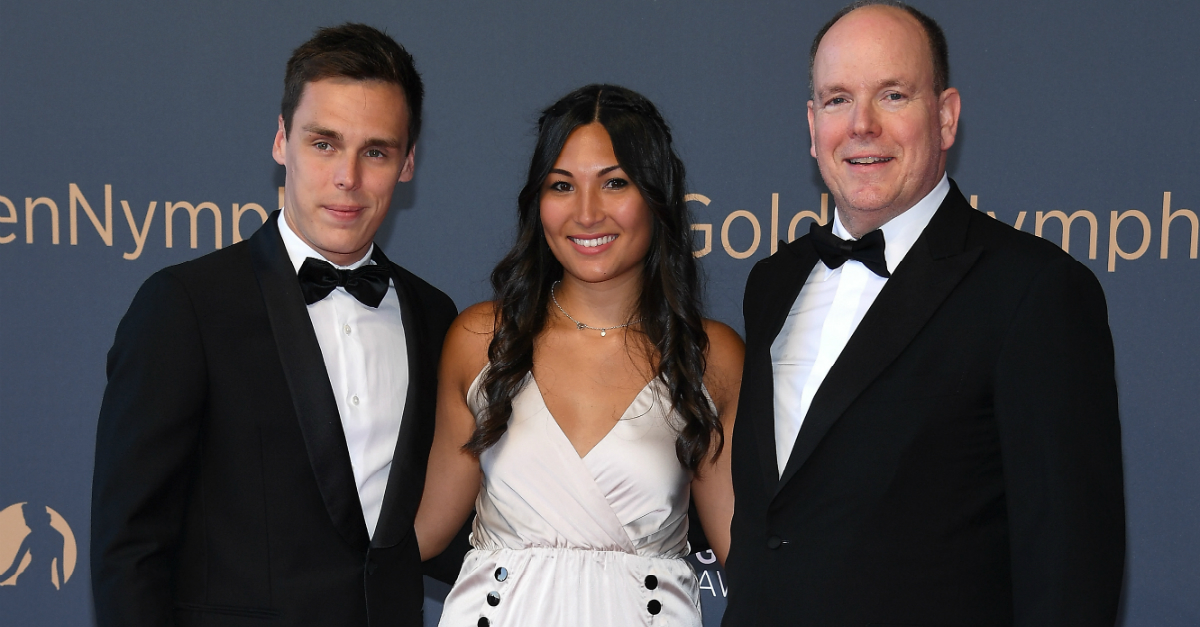 There are wedding bells on the horizon for one of the world’s oldest and most beloved royal dynasties!

Louis Ducruet, the son of Monaco’s Princess Stéphanie and the grandson of Hollywood starlet-turned princess Grace Kelly just became engaged to his long-term girlfriend Marie Chevallier, according to The Daily Mail.

“Her Serene Highness Princess Stéphanie has the joy to announce her son Louis Ducruet’s engagement with Miss Marie Chevallier,” read a statement issued by the Princess’ staff.

The happy couple have been dating for five years and reportedly met while studying at Western Carolina University in North Carolina where Louis received a bachelor’s degree in sports management.

“Let me introduce you the future madame Ducruet,” he captioned the image, which featured him down on one knee in the sand. “[S]he said yes and we are now engaged 💍💍 #withlove #engagement #proposal #iloveyou,”

Louis’ grandmother, Grace Kelly, became Princess of Monaco after marrying Prince Rainier III. She died after a car accident in 1982.

Louis’s cute little cousins prove that the British Royal Family’s monopoly on adorable royal babies is well and truly over. George and Charlotte may as well step down and relinquish all of their titles now, because they’re about to be usurped as the planet’s cutest royal toddlers by 2-year-old twins Prince Jacques and Princess Gabriella of Monaco, who joined their oh-so regal parents Prince Albert and Princess Charlene on the balcony of the Prince’s Palace to celebrate National Day of Monaco last year in front a huge crowd of adoring Monegasque, as PEOPLE reported.

The twins caused quite the stir during their brief balcony appearance; they waved, blew kisses, and like all good royals, they left the crowd wanting more. PEOPLE reports that the masses chanted for “les enfants” to return to the balcony after they’d retired to their quarters for a nap, but Prince Albert fulfilled his royal obligations and relayed the bad news to his subjects by putting his hands to the side of his face like a pillow.