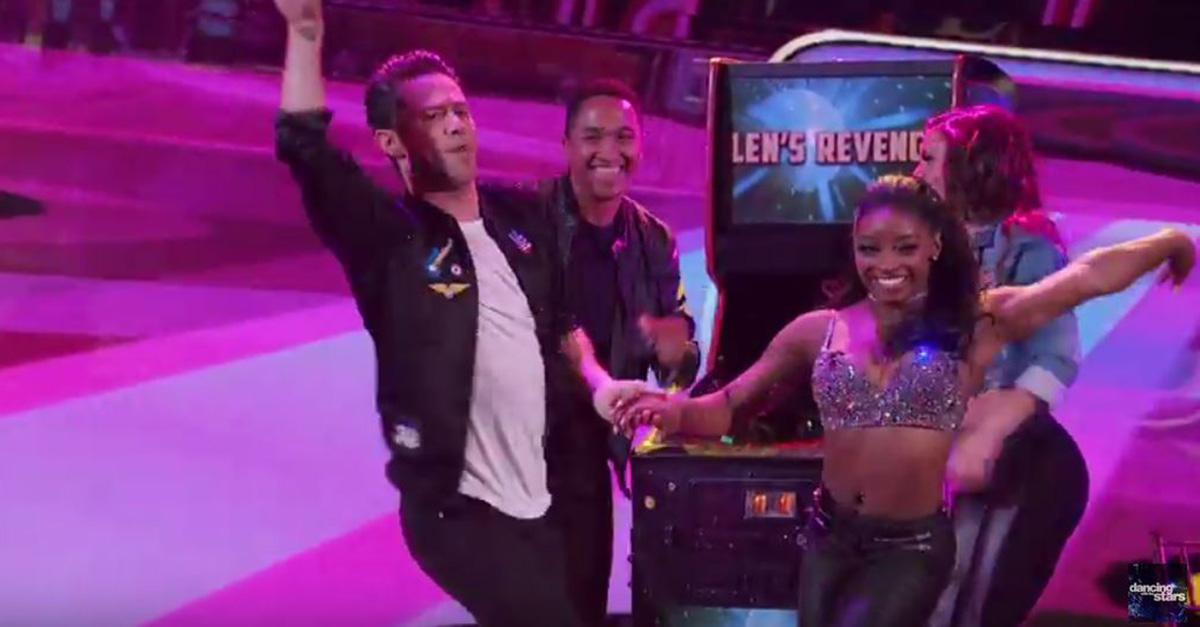 “Dancing with the Stars” fans were so shocked when Simone Biles was eliminated on Monday night.

By the end of the high-powered routine, the audience and judges were on their feet. The pair earned 40 out of a possible 40 points for their performance.

Next up, Biles and Farber took on a rumba to “Skyscraper” by Demi Lovato. Ahead of the performance, she opened up about her childhood and her dreams of the Olympics.

“I feel like I was just born with the energy I was given. I had trouble sitting still,” she said.

She revealed that she didn’t start taking gymnastics seriously until she was 12 years old. “I said I wanted to go to the Olympics because that’s what everyone said,” she admitted.

RELATED: The CEO of Fox had a lot to say about ABC nabbing the reboot of “American Idol”

Eventually, Biles made the difficult decision to give up a social life and being a normal teenager to pursue her dreams.

“When Simone sets a goal, she puts everything into accomplishing that goal,” her mother told the cameras.

Her friends and family went on to applaud her for her hard work this season on “Dancing with the Stars.” She then took to the dance floor with Farber and delivered another perfect performance, earning 40 out of a possible 40 points.

But, at the end of the show, Biles found herself in the bottom two with David Ross. When it was announced that she was not moving on to the finale, the judges and fans were stunned.

When she took her final bow, Biles kept that megawatt smile on her face.

“I’m just thankful to be at this competition. I feel like I’ve learned a lot about myself. I’ve matured. And I can’t wait to go home and I’ll be back next week at the finale,” she said.