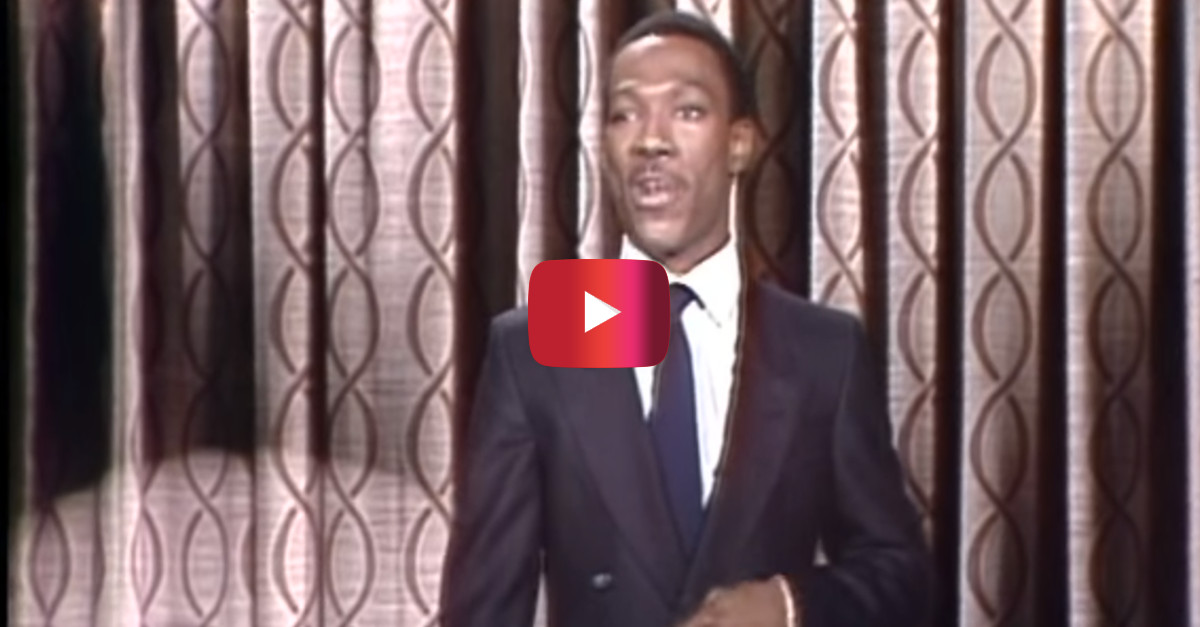 In 1982, while he was a cast member on Saturday Night Live, comedian Eddie Murphy appeared on The Tonight Show Starring Johnny Carson for the very first time. This throwback performance is a hilarious reminder of how Eddie started to make a name for himself in stand-up comedy and another reminder of his signature laugh.

Clad in a suit and tie, the New York-born comedian cracked jokes that stemmed from current events and pop culture during that time period, just as any good comedian does. Starting strong, he already has the crowd howling during his own introduction, responding to the audience cheering with an abrupt, “SHUT UP!”. Of course, it just made the crowd laugh even more.

It’s interesting to see how these kinds of raw jokes in the 80s were not only relevant then, but also today, considering how much times have changed over the decades. The Brooklyn native’s topics were light-hearted, passive-aggressive jabs that called attention to racial insensitivities.

He goes on to talk about how African-Americans would make great Secret Service men because of how differently they would approach stopping people from getting too close to the president, a sarcastic play on how much more “menacing” they would be because of their “rhythm.”

Though he was fast on his way to becoming a superstar, Eddie was far from a household name during his debut on the Johnny Carson-helmed program. But seeing him walk up so confidently the way he does, you would’ve never known that he was just beginning his stand-up comedy career. His 1982 appearance on the show preceded his own first TV show stand up comedy special, Eddie Murphy Delirious, which came out the next year. The 1983 comedy special was brought back on Netflix back in 2018.

Over the next decade, Eddie became a popular big-screen superstar in Hollywood. 48 Hours was Eddie’s feature film debut, but Coming to America and Beverly Hills Cop were successful movies that brought him his popularity. He was also known for his hilarious performance as Rudy Ray Moore in Dolemite is My Name. This stand-up special pro also showed that his comedy isn’t restricted to adult humor by voicing signature characters in Mulan and Shrek.

Editor’s note: This article was originally published on February 9, 2016.

Watch: Do You Remember “The Carol Burnett Show”?