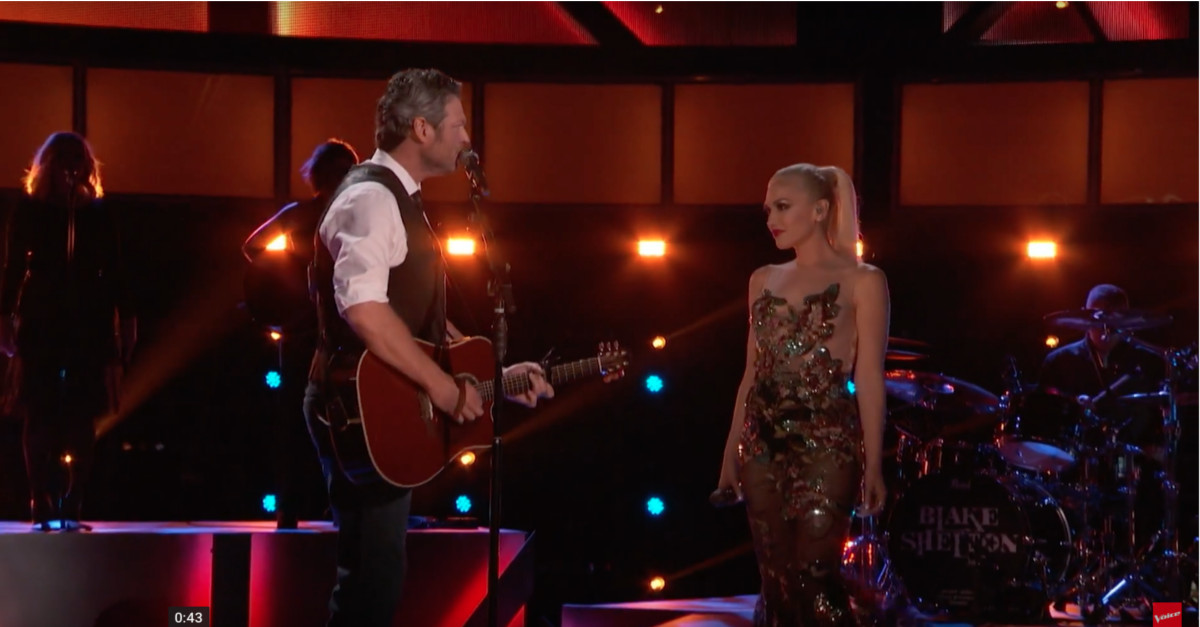 Florida Georgia Line was in the house to perform their new single, but neither they nor the top nine contestants on “The Voice” were the talk of the town.

No, tonight belonged to Shefani.

Blake Shelton and Gwen Stefani took to “The Voice” stage for the live debut of their new collaboration ?Go Ahead And Break My Heart,? an interesting title, considering the road these two have been down in their personal lives both together and apart. Singing directly to each other, the two looked deep into each other’s eyes as they traded verses, neither one even seeming to notice there was anyone else in the room.

RELATED: Gwen Stefani continues to support Blake Shelton in the sweetest of ways

The two co-wrote the song “?about some serious insecurities that [they] had when [they] first started down this road with each other,” Blake told People. “We both had trust issues. We were getting over it, but we wrote this song about it, and it’s perfect,” said Blake. “It’s just she and I sat down and wrote this song ? and I couldn’t be happier about [it].”

RELATED: When Adam Levine was asked if he?d ever team up with Blake Shelton, his answer stunned us all

Though the two only began dating last fall, they seem to be running pretty fast. Regardless of whether you fell on the side of Team Blake or Team Miranda during the soap opera escapade, you can?t deny the genuine feelings Blake and Gwen seem to feel for each other.