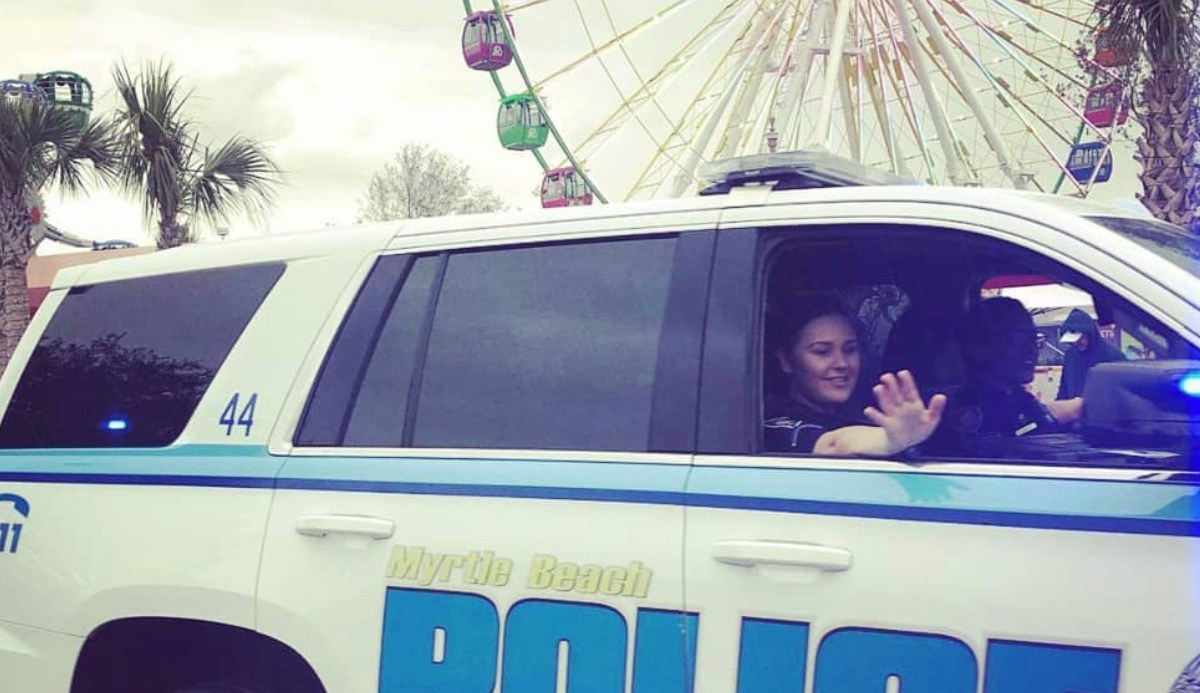 If you feel like shouting, “Nutsack!” in Myrtle Beach, South Carolina you better not do it in front of the police unless you’re proudly pointing to a satchel full of almonds you’re carrying. Otherwise, you might find yourself being ticketed with a profane language citation.

“What are you in here for?”

How is this a thing? This is one of the more egregious and petty civic government overreaches I’ve ever heard of. Apparently, Myrtle Beach is basically a speed trap but for your mouth. You’d think a popular tourist town would be bringing in enough revenue that they wouldn’t need to resort to ticky-tack policing tactics to help fill their coffers but apparently not.

Keep your laws off my filthy lips!

I would very much like to head up a protest against Myrtle Beach’s oppressive mouth laws where I lead a crowd in chanting vaguely dirty words that weren’t actually profane. For example, “Moist! Moist! Moist!” Or, perhaps, “Taint! Taint! Taint!” Maybe even a “Balls balls balls!” Especially because maybe I’d get cited and taken to court and we’d have to litigate what I actually meant by shouting “taint” and “moist” and the various meanings and definitions would be debated openly in a court of law in the United States of America. That, to me, would be hysterical.

According to police, the law is typically (but not always, apparently) only enforced when someone is using the bad language to start a fight. That makes a little more sense, except you could still charge someone who was trying to start a fight with another crime, like disorderly conduct, without having a law on the books that punishes someone for screaming, “Sh*t!” when they stub their toe in public.

This is a bad dumb unnecessary law.

This story was originally published August 29, 2018.

Watch: This Turks and Caicos Island Beach Is Filled with Adoptable Puppies